The team at O’Donnell’s Termite & Pest Control, Quincy, Ill., was thrilled to honor a technician who has 30 years of service. Lead technician Tom Kelty was thrown a celebratory picnic at a local park in mid-June. Per usual, he arrived early — but at least he was surprised! The day was filled with fun and fellowship.

Kelty’s first day with O’Donnell’s was June 1, 1989, when he was just 22 years old. He has been with the family-owned company ever since. His day-to-day responsibilities include performing residential, industrial and commercial services, training new hires, and scheduling. He is still working full-time in the field — performing any job from bird and bee work, to termite inspections, to everything in-between.

There are many things that make Kelty a valuable employee. His personality is what draws most people in to him. He is never seen without a smile. He is consistently positive in even the most frustrating situations, always making the best out of everything. His “can-do” attitude is infectious to all.

Kelty takes time out of his busy day to really get to know his customers. He makes every customer feel like they are more friends than customers. As a result, most customers really have become friends. He has had some of the same customers for the entire 30 years he has been with the company.

The O’Donnell’s team feels lucky to have Kelty in their midst. He is an inspiration to all, and is the gold standard for every new hire to try to emulate. 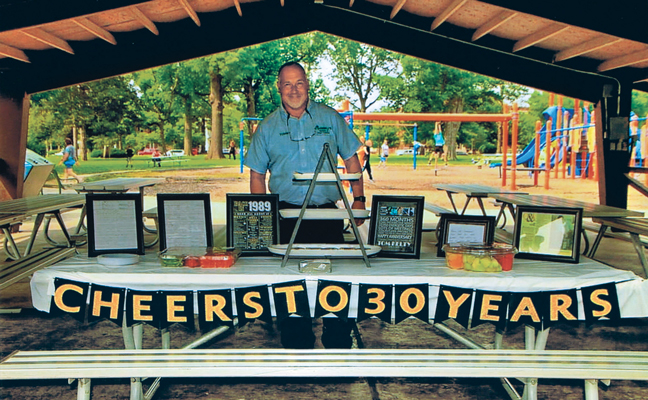 It’s not easy to surprise someone like Tom Kelty, who prides himself on staying in the know for everything that goes on at the O’Donnell’s office. He was told there would be a summer picnic, but didn’t realize he was the guest of honor. Naturally, he showed up early to help set up. Photo: O’Donnell’s Termite & Pest Control 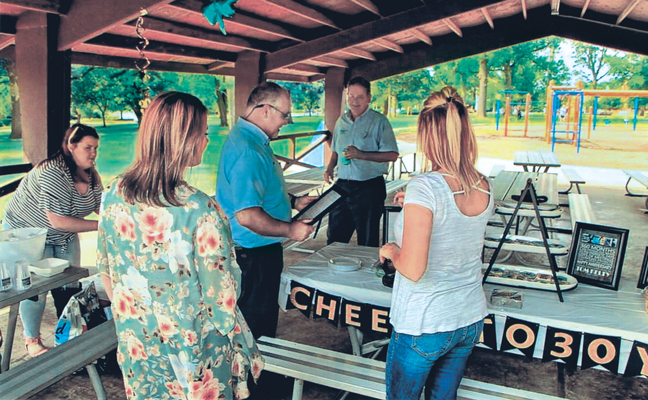 Tom Kelty takes a look at his original job application from 1989 as friends and co-workers look on. Photo: O’Donnell’s Termite & Pest Control 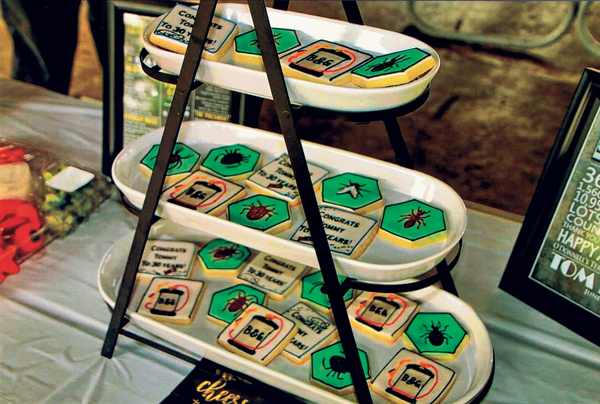 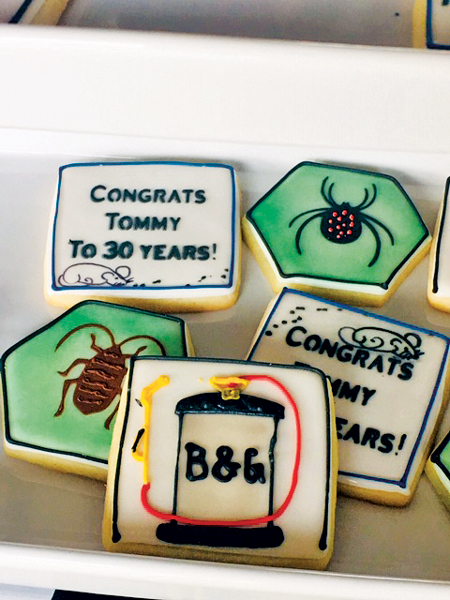