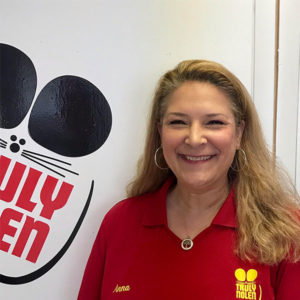 Wallace joined Truly Nolen as a manager in training in 2019. Prior to joining the company, she owned and operated a lawn and landscape service in Cape Coral for almost five years and led the sales division for many years at a large home hardware company in Dallas, Texas. Wallace attended Anoka Ramsey Community College in Minnesota where she studied business administration.

Some of Wallace’s new responsibilities will include helping the new service office gain visibility within the local Cape Coral community as well as instilling the company’s core values throughout her team.

“I am excited about the opportunity to give back to our community and the fun ways we can bring value to the lives we touch,” says Wallace. “I enjoy the passion and belief that we as a team share for our core values.”

Wallace says she’s also excited about all the ways Truly Nolen offers its employees opportunities for personal and professional growth.

“Prior to her promotion, Anna trained in multiple service offices throughout my district and did a wonderful job,” says Dave Scott, district manager of southwest Florida. “Her contagious energy, positive attitude and strong drive are a welcome addition to our management team.”