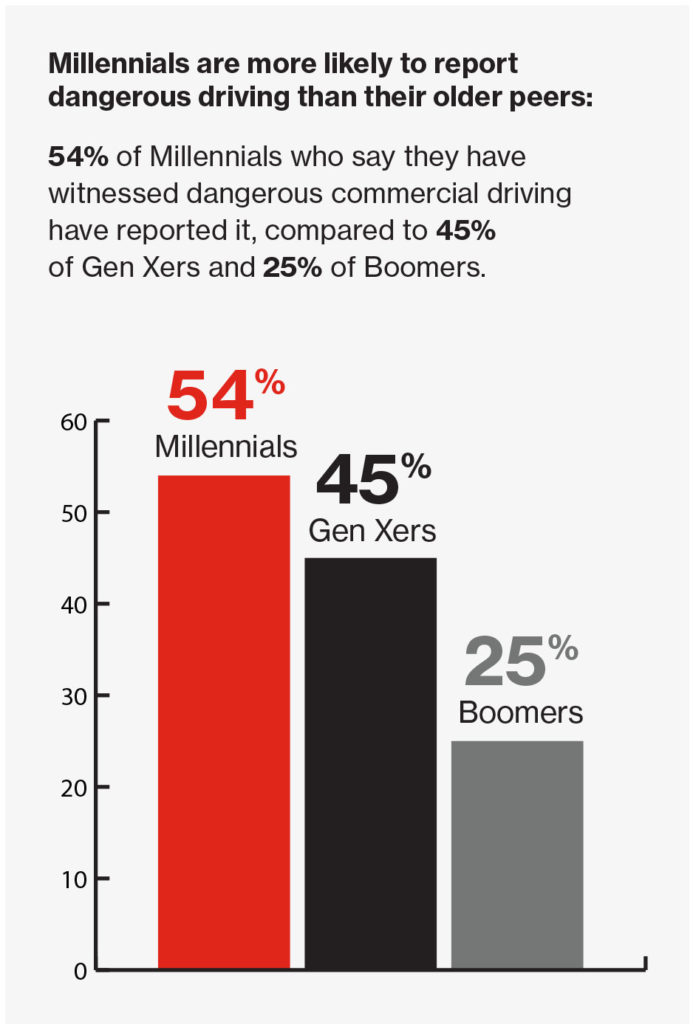 Pest control technicians and other commercial road warriors drive more safely than the public might think. That’s the major finding of a new survey commissioned by Verizon Connect and Wakefield Research, tasked with identifying the misperceptions everyday drivers have about the level of danger posed by commercial drivers. While 83 percent of those surveyed believe they pose less risk on the road than commercial drivers, the reality is only 3 percent of all severe crashes in the United States involve commercial vehicles.

Verizon Connect was interested in busting this myth because its new smart video solution, Integrated Video, is designed to help businesses improve safety and mitigate risk within their fleet of vehicles. The smart dash-cam solution provides real-data insights to help commercial drivers stay safe on the road and protect them against false claims in the event of any incident.

In an interview with PMP, Kevin Aries, head of global product success at Verizon Connect, notes that data on your drivers is only useful when you use it — which is what the Integrated Video system is all about.

“Data about a driver’s behavior behind the wheel requires conversation and action,” he adds. “Visual data from a dash cam, for example, allows business owners to have more informed conversations about safe driving, but requires management to take action when incidents demonstrate vehicles, drivers or the public are at risk.”

Aries says a business’ zero-tolerance approach for such dangerous driving behaviors as speeding, abrupt lane changes and taking turns too quickly, can only be effective when there is “full data and context to what’s happening on the road. Without data, enforcement is based on assumption, and that puts employers at risk for wrongful accusations.”

Rather, he says, Verizon Connect urges pest management business owners to reward and/or recognize safe drivers, and thus be proactive about preventing dangerous driving. “Like any employee, drivers respond well to incentive and reward,” he continues. “It doesn’t even have to be financial: Simply recognizing safe drivers and making driving data more visible among employees creates healthy competition, and drives improvement.”

• Sixty-nine percent of survey respondents who reported having witnessed a commercial vehicle driving dangerously have seen a commercial vehicle speeding on the highway. Other top dangerous maneuvers that have been observed include abrupt lane changes (55 percent), driving erratically – e.g. swerving in and out of lanes (46 percent), running or nearly running off the road (38 percent) and taking turns or corners too quickly (37 percent).

• Seventy-four percent of respondents agreed that commercial vehicle drivers shouldn’t be allowed on the road without a dashboard camera or some sort of video monitoring of their driving habits. Forty-two percent said they believe installing a dashboard camera is the No. 1 way to reduce the number of accidents involving commercial vehicles. Thus, promoting the fact that your firm uses such a system can provide peace of mind to current (and potential) customers.

The Verizon Connect survey of commercial vehicle road safety was conducted by Wakefield Research among 1,000 nationally representative U.S. adults ages 18 and older, between June 10 and June 17, 2019, using an email invitation and an online survey. Quotas have been set to ensure reliable and accurate representation of the U.S. adult population 18 and older. The analysis also includes official National Highway Traffic Safety Administration and Federal Motor Carrier Safety Administration data. A full copy of the report is available free of charge from your Verizon Connect representative.

Use caution with defensive yellowjacket colonies

The clients go crazy for a sharp-dressed tech