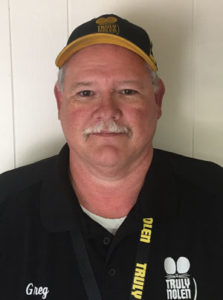 “In over two decades in the pest control industry, I have never worked with a company where corporate knows your name and actually takes your call!” Parrish tells PMP. “It is nice to have the backup of our corporate office when it is needed.”

Parrish has 20 years of experience in the pest control industry. Prior to joining Truly Nolen in 2017, Parrish spent 14 years in various roles with Havard Pest Control in Texas, Alabama and Mississippi. He also has an associate degree in air conditioning and refrigeration from Hinds Junior College in Mississippi.

Some of Parrish’s new responsibilities will include helping the service office gain more visibility with the local Dallas community as well as instilling the company’s core values throughout his team.

“This is a wide open opportunity for me to help continue the Dallas service office’s growth with the help of my wonderful team,” says Parrish. “I also enjoy seeing our team succeed in everything they do.”

Robert King, district manager of Texas and Albuquerque, N.M., notes that Parrish’s success as a sales team member — as well as his knowledge and professionalism — “made him an easy choice for his new position.”

Founded in 1938, Truly Nolen of America is one of the largest family-owned pest control companies in the United States. It has more than 80 branch offices in Arizona, California, Florida, Nevada, New Mexico, Texas and Utah. The company also has independently owned and operated franchises in an ever-growing number of territories including Kentucky, Georgia, New Jersey, North Carolina, Canada, Puerto Rico and more than 60 countries.