“Despite being the 26th largest state by square mileage, Florida is the third-most populated state in the U.S., behind only California and Texas, with expectations that it will grow by another estimated 300,000 people in the next five years,” says John Myers, president and CEO of Rentokil North America. “The demand for pest control is high, and with the Florida Pest Control acquisition, Rentokil Steritech becomes uniquely positioned to serve the growing needs of both residential and commercial customers throughout the state.”

Florida Pest Control was founded in 1949 by PMP Hall of Famer (Class of 2014) Dempsey Sapp Sr. and is today run by his son, DR Sapp. The first Florida Pest Control office in Gainesville, opened by Sapp Sr., included a retail garden store and offered many items including garden supplies and pest management services.

“Companies are a reflection of their leadership. From the first time we met with him, it was very apparent that DR and his family have built an impressive company, one that truly cares about its customers and its employees,” says Myers. “This same genuine care is reflected throughout the organization. Through his relationship with our Chairman Emeritus, Vic Hammel, we are extremely proud that DR considered and selected Rentokil Steritech when it was time to sell his company.” 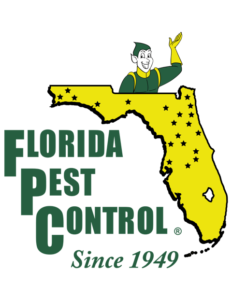 Florida Pest Control operates 20 branches across northern and central Florida. The company’s more than 600 employees will remain on board with Rentokil Steritech. DR Sapp will stay on to help provide a seamless transition for customers and employees.

“Vic Hammel and I have had many conversations over the years, so I knew that Rentokil had a similar company culture to that of Florida Pest Control, one that focused on serving its customers, but also its employees,” says DR Sapp of his decision to sell to Rentokil. “I knew I had to find a company to sell to that would take the best care of our 600 co-workers, that offered good benefits and advancement opportunities. Rentokil was the ideal fit and will make a wonderful partner for our customers and colleagues.”

LR Tullius represented and acted as financial adviser to Florida Pest Control on the transaction.