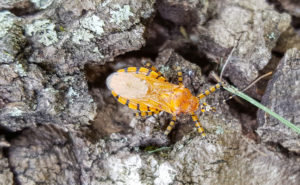 Ostensibly as a way to promote a new season of “Kings of Pain,” a TV series about a wildlife biologist and an animal handler as they get bitten and stung by a variety of animals from around the world, HISTORY (what you and I know as the History Channel) recently compiled an online article titled “Bugs of War: How Insects Have Been Weaponized Throughout History.”

The article is well worth the read, as it covers everything from Biblical hornets to the bioterrorism threat in 1989 of California medflies. Other highlights include:

Beyond the HISTORY article, you can go into a deeper rabbit hole merely by searching online for “entomological warfare.” There, all sorts of interesting stories await — many of them rounded up on a Wikipedia page on the matter (and yes, since I’m “crawling the web” here, Wikipedia’s fair game!). The blanket term, as defined by the page, covers three concepts:

We think of the pest management profession as being warriors protecting public health, and rightfully so. These stories serve as a reminder of just how dangerous some of these tiny insects can be.