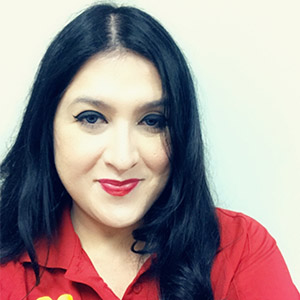 Mitchell joined Truly Nolen in March 2018 and was most recently a sales coordinator with the company’s Albuquerque, N.M., service office. Prior to joining Truly Nolen, Mitchell was an office manager for Champion Windows for four years and a branch manager for CitiFinancial for eight years. She graduated from the University of New Mexico with a degree in communications.

“Valerie showed extreme drive and determination in the 18 months she worked in Albuquerque,” says Tom Larrabee, district manager of Team Thunder – a mix of several newer service offices across the country. “I am happy she was willing to relocate for this opportunity, and I am excited to watch her lead our San Antonio team to new heights.”

“I was fortunate enough to meet her this summer in Albuquerque while I was touring offices in New Mexico, and it was clear even in her previous sales role how much of a superstar she was,” adds Toby Srebnik, manager of public relations and communications.

Some of Mitchell’s new responsibilities will include helping the service office gain visibility within the local San Antonio community as well as instilling the company’s core values throughout her team.

“I am excited about helping to make our company a household name in this area by showcasing why we are the best in the business,” says Mitchell. “I really love our company culture and look forward to this great opportunity.”