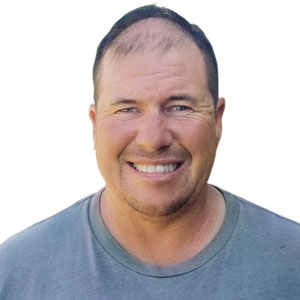 When your customer mix is nearly 80 percent dairy farms, you deal with a lot of cows. They lick off your rodent station labels. They back up and step on your monitors. They are not exactly genius-level creatures.

If you’re Jeff Hansen, who has owned Premier Pest Management, Turlock, Calif., for nearly 25 years and seen his fair share of bovines, you also deal with a lot of rats. Sometimes, they can be geniuses — so he knows to always stay a step ahead.

HANSEN: A nut processing plant in central California had a landmark 10-story grain tower that was built sometime in the 1880s. It wasn’t using the tower for anything but housing its heating and cooling systems, but the state wouldn’t let the plant take it down for historical reasons.

This was really good news for Norway rats (Rattus norvegicus). Pigeons were roosting on the top of the tower, so rats would nest in the three-story building and at night cross a grain pipe five stories in the air to the tower, climb up to the top and feast on pigeon eggs and leftover grain. There was another pipe that drained water from the tower, so there was their perfect water source.

Inside the tower, rats would run above you, about 12 feet on the walls, to the cement ceiling, then disappear into a crack just right of the grain ladder. You’d shine a flashlight on the 10-foot ladder and see 40 or more sets of eyes staring back. And those were just the ones who turned around! It was like looking at cockroaches.

Control was easy; what took two years to get there was convincing the owner he needed to cut the piping off and seal the tower. When we finally were able to show him video of exactly what was going on, the lightbulb went off and he sealed up the building. No more pigeons, no more Norway rats.

Q: Can you recall the single smartest rodent you’ve run into, and how, in the end, you ensured you got the best of it — not the other way around?

HANSEN: We had a roof rat (R. rattus) that kept eating the engine wires in a forklift at a recycling plant. The forklift was used daily, so the engine was always nice and warm.

As soon as the wires got fixed, the rat would gnaw on them again. We took hardware cloth and wrapped the wires near the engine terminals. The rat just worked its way down to where there was no cloth and ate there.

So then we coated the wires with a product containing metal shavings. Nope; it found a spot where it could bend the wire with an incisor tooth and was able to pull the wire away from the coating.

We were out for blood at this point. The engine compartment didn’t have enough room for us to install a conduit to protect the wiring, so we got creative: We put a bunch of the metal shavings product on top of the engine, added some peanut butter and said “There, eat that, sucker!”

We never caught him, but there were no more chewed wires.