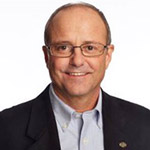 “Dr. John Barcay made an immeasurable impact on the Ecolab Pest Elimination division by developing thorough and effective integrated pest management programs to keep our customer’s facilities pest-free,” says Kris Kielsa, senior VP and general manager of Ecolab’s Pest Elimination division. “He is well known in the industry due to numerous publications and acting as the voice of the division for many years. Customers specifically requested his help to solve the most difficult pest challenges. The thing he is most known for around here is his passion for science, dedication to deliver the best outcomes for our customers and his willingness to educate others about pests. He will truly be missed by family, friends, colleagues, and quite frankly, the pest elimination industry.” 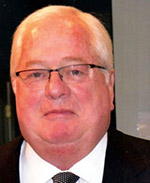 Dr. Barcay held multiple patents, was widely published and was a regular national speaker on urban entomological issues. He received his bachelor’s degree from Colorado State University, and his master’s and doctorate degrees in urban and industrial entomology from Purdue University.

Eichler was the retired CEO and co-owner of Prentiss, manufacturer of pyrethrum. He sold Prentiss to St. Charles, Mo.-based SantoLubes in 2008 but remained active in the company and the pest management industry.

He served on numerous boards of directors, including that of the United Producers, Formulators & Distributors Association (UPFDA). Eichler grew up in Chicago, Ill., and attended Illinois Wesleyan University. 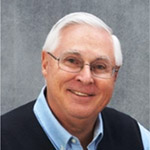 He worked in the commercial pest management industry for more than seven years with Copesan Services. As director of education and training, Dosland developed safer pest management practices, such as modifying temperatures for insect control, and built Copesan University, an online training platform.

He started a consulting company in 2003 and was a nationally recognized quality assurance and food safety expert who wrote numerous magazine columns and book chapters.

A memorial celebration of Dr. Barcay’s life is planned for late April 2020. In lieu of flowers, the family requests donations to the National Parks Conservation Association or the Minnesota Bluegrass & Old-Time Music Association.

Eichler’s funeral service was held Nov. 19 at Roswell Funeral Home and Green Lawn Cemetery in Roswell, Ga. The family requested a donation to the American Cancer Society in lieu of flowers.

A funeral mass for Dosland was held Nov. 14 at St. Joseph’s Catholic Church in Bellevue, Iowa, following services at Hachmann Funeral Home & Cremation Service in Bellevue. Donations may be made to the Alzheimer’s Association in memory of Dosland’s father.

The PMP staff extends its sympathies to Dr. Barcay’s, Eichler’s and Dosland’s family and friends.