“I work killing bugs during the week, and raise them on the weekends,” says Daren Horton, ACE, with a laugh.

The proprietor of Gecko Pest Control in Marshall, Texas, has worked in pest control for 37 years. Throughout his career, he has found many ways to give back to his community — which includes the only natural lake in the Lone Star State.

“Caddo Lake has been around since before Texas was a republic, and no entity is responsible for the lake,” he explains. “Volunteers work to preserve this natural treasure from industrial plant development, preserve water rights and fight aquatic invasive species.”

The lake is a Ramsar-designated “Wetland of International Importance.” But in recent years, it’s been under attack by giant salvinia (Salvinia molesta), which Horton describes as “the most aggressive aquatic weed in the world.” To combat this water monster, the all-volunteer Caddo Biocontrol Alliance (CBA) is raising salvinia weevils (Cyrtobagous salviniae) in climate-controlled greenhouses for biological control.

Horton has served as CBA president from the organization’s inception in 2013 until he was sidelined with a medical issue in September. Horton is on the mend, however, and currently is the CBA treasurer. 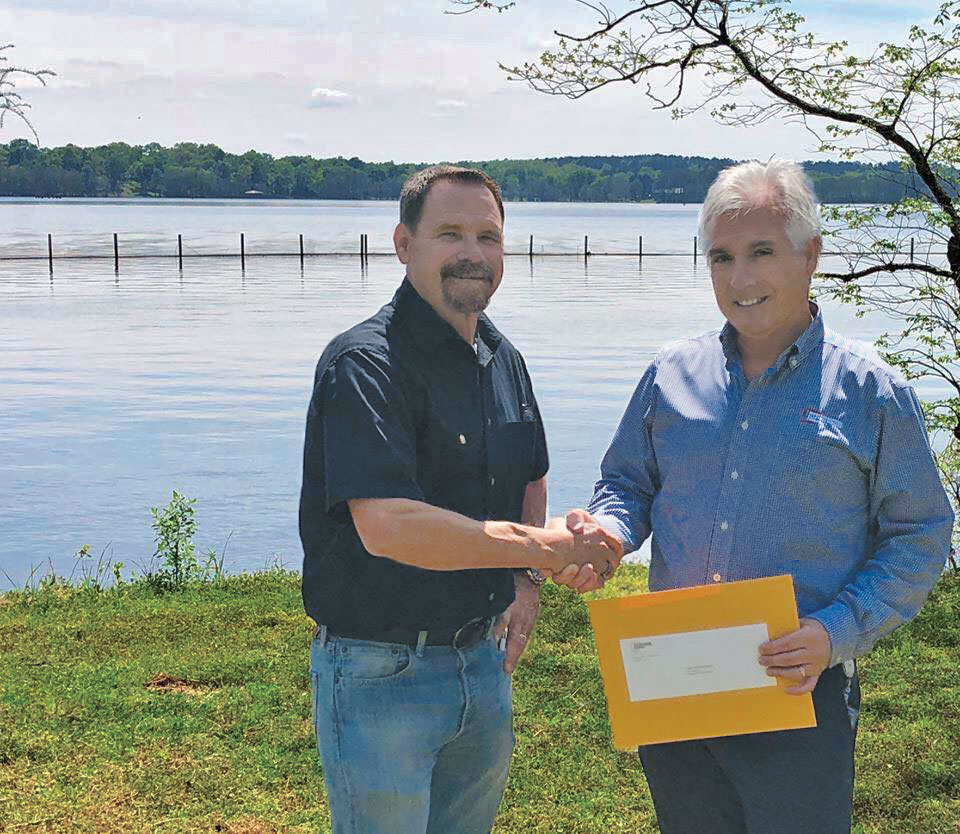 Daren Horton, left, receives a $5,000 donation for the weevil project this spring from Michael Corbin on behalf of Southwestern Electric Power. 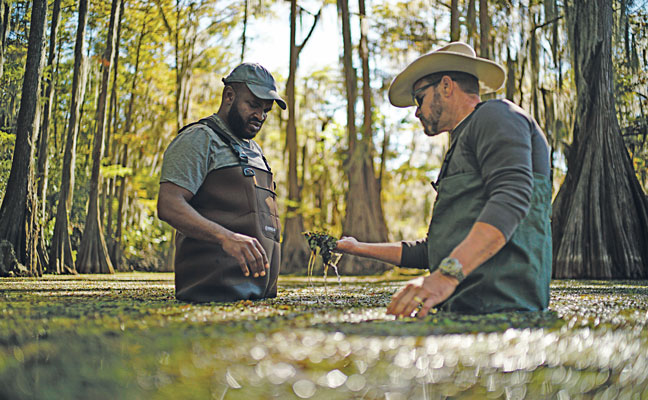 Two Caddo Biocontrol Alliance volunteers are surrounded by giant salvinia as they work to release weevils to control it. 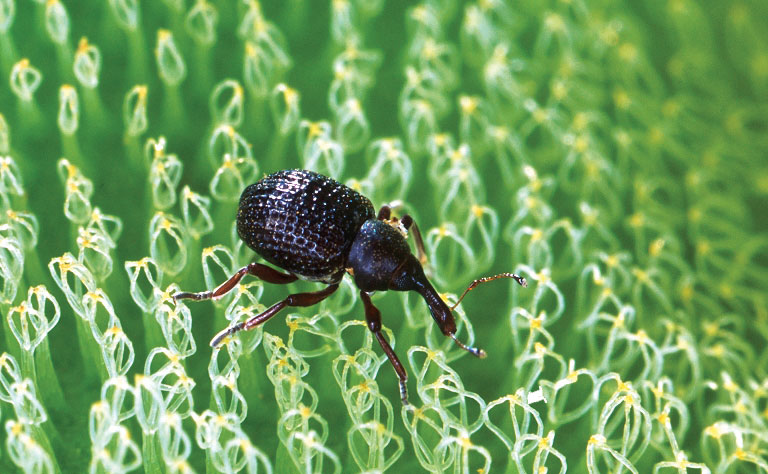 Only 1/10th of an inch long, the salvinia weevil is considered to be effective against an out-of-control salvinia infestation when released en masse. 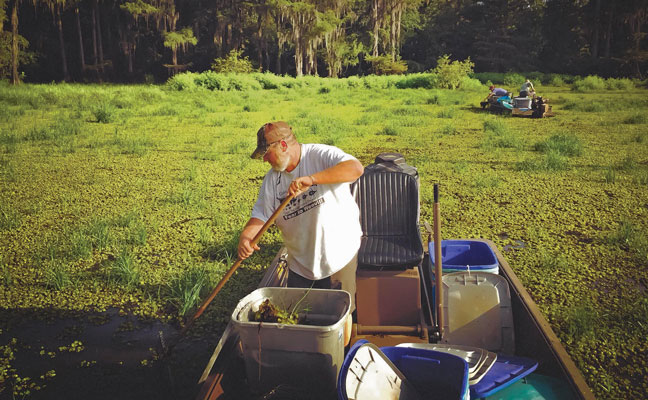 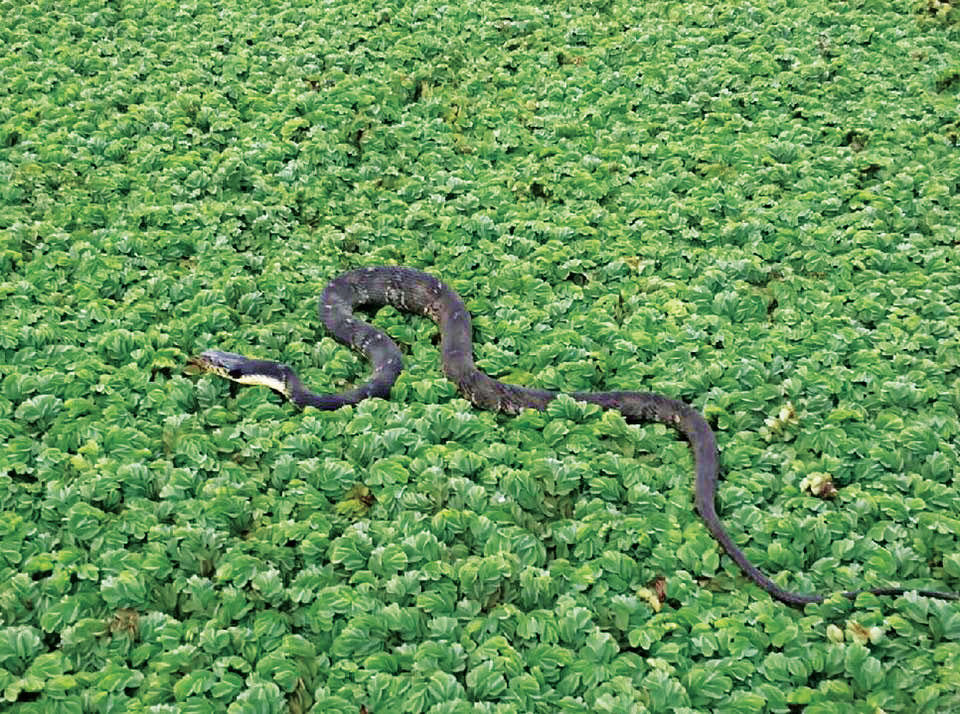 The Caddo Biocontrol Alliance jokes on its Facebook page that its volunteers “come in many shapes, sizes and with a vast array of talents.” This plainbelly water snake (Nerodia erythrogaster) has been “helping” with frog control in the greenhouse for more than a year.