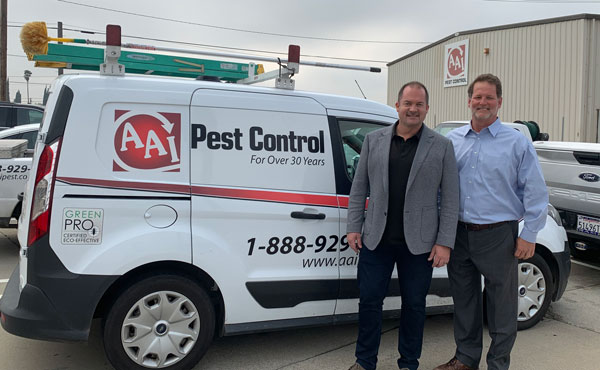 The acquisition will strengthen Terminix’s presence in California’s Central Valley and the Bay Area. The company’s two branch locations, in Salida and Tracy, Calif., are optimized with a branch supervisor who oversees the technicians and can respond to customer issues efficiently.

Owner Ben Miller took over AAI in January 2011 from his father-in law and Founder Mike Rogers. Before taking over the company, Miller, the husband of Rogers’ daughter Gretchen, was brought on as VP of operations in June 2003. Together, Miller and Rogers worked to increased the company’s recurring revenue.

After working together at AAI for seven years, Rogers transferred ownership to Miller in order to transition to retirement.

Rogers founded AAI in 1982 and spent more than 40 years in the pest control industry. He retired from the business to focus on time with his wife, kids and 11 grandchildren.

Since Miller took over AAI, he led the team through the Great Recession and increased the company’s profitability. Miller and the entire AAI team will join Terminix.

- Bayer: Barricor SP registered in California
This article is tagged with California, Kemp Anderson, Terminix and posted in News