An interview with a Formosan subterranean termite 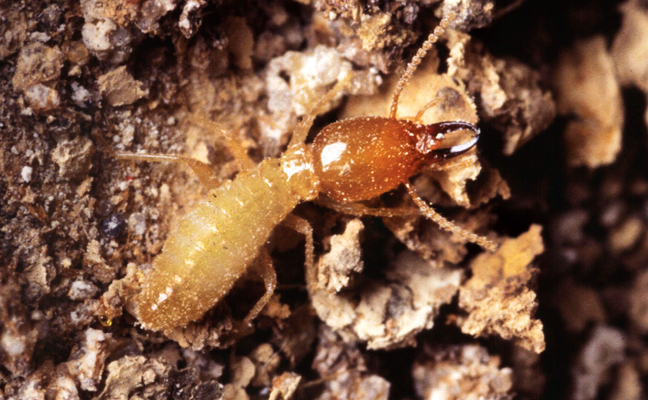 Special species singled out: Get to know the Formosan subterranean termite (Coptotermes formosanus)

Pest Management Professional magazine (PMP): So, are you an invasive species?
Formosan subterranean termite (FST): Yes, our ancestors found subtropical America to be a great spot. We’ve really taken hold and come to love your construction types, most famously in New Orleans, La., and Charleston, S.C., over the past century or so.

PMP: You seem to be singled out as a special termite, and people fear you. How did that come about?
FST: Well, to be sure, we are voracious eaters compared to our wimpy native subterranean termite counterparts, plus we have larger colonies and favor climates where we can thrive year-round. But we do feel a bit unloved and singled out as a bad actor, and that’s just not fair! I mean, what other species of insect is called out and excluded on many termite contracts?

PMP: Could you elaborate?
FST: Sure. We’re victims. Many termite contracts state “excludes Formosan termites.” How would that make you feel? But here’s a secret: We can’t read, so we don’t discriminate on which houses we attack.

PMP: Well, yes, but you are just plain mean as a species. Your colonies can number more than 1 million members, you can exude a foul chemical, you destroy solid floors in a short time, and your soldiers will even grab onto a finger! You swarm in the evening when people want to stroll down Bourbon Street in New Orleans.
FST: We swarm as a matter of survival. You know that all we want to do is propagate new colonies, right? We just like to swarm when it is a bit cooler. That hot subtropic heat drains our energy.

PMP: You still can’t deny you destroy buildings, and can even be found in trees. So how do you defend that?
FST: We consume cellulose. We don’t know the differences among scrap wood in a yard, firewood or a structural member. Yet, we still hear people say that they have chased termites from one house to another. Nobody chases us. Remember, we can’t see a house! We’re just looking for food. It can be tough, though.

PMP: How is that?
FST: If we don’t have adequate moisture, we’ll bring the moisture with us and seal it in with our own structures. You’ve heard of a carton nest, right? That’s a lot of work.

PMP: How about Operation Full Stop, the $5 million program the U.S. Congress funded in 1998 for the U.S. Department of Agriculture? Didn’t that great program of noted scientists and practitioners put a real strain on your species?
FST: Talk about formidable foes. Wow. Sure, Operation Full Stop really did stop us dead in many areas of New Orleans, but we have populated most subtropical areas — and
Full Stop was in a targeted area. What Full Stop showed, though, is that with teamwork and concerted efforts, we Formosans can be beaten. But that is off the record: We certainly wouldn’t like that getting out.

PMP: Oh, sure. It’s between us. Right! Thanks for your time. Now, do you mind moving your workers away from my cardboard lunch box?