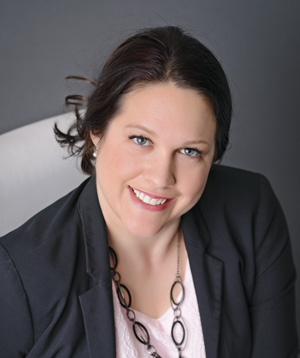 With three decades of industry experience, Misty Goodroad has seen her share of rodents over the years. Not only is she president of Delcon Termite and Pest Control, with a dozen employees offering residential and commercial services, she’s also president of the Nevada Pest Management Association, overseeing both an association magazine and its annual expo and conference.

GOODROAD: We had a food processing plant with thousands of roof rats (Rattus rattus). The facility was very old and had too many areas to rodent-proof in a cost-effective manner, so we had to get creative.

We inspected thoroughly, to ensure we knew the worst nesting areas as well as their entry points. This allowed us to move systematically through the facility and bill the client over time. It also allowed the account to budget for exclusion, since we were breaking it into sections.

In addition, we applied a bio-repellent gel to areas in which we knew they would come in contact. Rats are thigmotactic in nature — they like to run next to a structure, constantly touching on at least two sides and preferably three. Painting the gel on baseboards and corners was very effective.

As sightings were reported, our technicians applied the gel in these areas, and those sightings ceased immediately in every case. The facility reported no more issues, and our bait stations and other monitors verified no activity. Rats communicate with other rats, and it wasn’t long before the facility had no sightings at all. We caught around 1,500 rats total over several months, but we estimate that many, many more were moved out of the structure using the gel in key areas.

Q: Can you recall the single smartest rodent you’ve run into, and how, in the end, you ensured you got the best of it, and not the other way around?

GOODROAD: We’ve had many interesting rodent infestations over the years, but one that stands out was at a large pet store chain. There were lax procedures for handling the rats that were sold — as well as employees setting the rodents free in the store. This led to a massive infestation throughout the store, including in the overhead insulation.

We caught hundreds of rats via trapping, and the store had to spend thousands of dollars removing the insulation. After several weeks, we were down to one alpha. We could not catch the sly fella until we borrowed several females and placed some unset traps in a tank with them for the night. We set the traps the next day — with no pre-baiting — and caught him in one night.