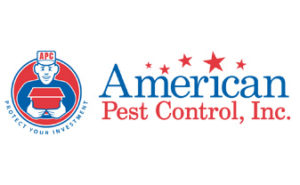 American Pest Control, a family-owned and -operated pest management company based in Athens, Ga., has named their annual employee award winners. The winners were announced at a company-wide meeting at the end of 2019.

The Man and Woman of the Year awards are presented each year to employees who have exhibited the company’s core values of honesty, integrity, community, family and quality customer service.

The Rising Star Award is a new award at American Pest Control. It was created to recognize employees who have been employed three years or less and represent American Pest Control well by exemplifying the company’s core values. Logan Bookwalter and Jenna Smith were named the inaugural award winners.

Bookwalter has been with the company for almost two years as a universal technician. He has set records on performance and been an example for new employees. He is from Hart County.

Smith was named the other Rising Star award winner. She has been with American Pest Control for almost three years and is a training and development specialist. Smith is from Oglethorpe County and now lives in Athens.