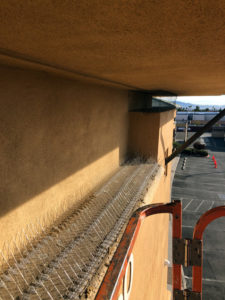 When most people think of birds, they tend to envision beautiful creatures adorning our trees and singing joyful songs of flight with no time for lowly ground dwellers like us. We see hummingbirds hovering, woodpeckers pecking, seagulls gliding peacefully over scenic coastlines, sassy parrots adorning cereal boxes and the majestic bald eagle representing the United State’s symbol of freedom, and we usually smile.

Outside of the occasional smart bomb left on our freshly washed SUV, we’re good with birds.

The average person does not tend to think of the 60-plus diseases often carried by birds and their droppings, nor the tremendous damage they can do to structures and equipment. Most people certainly don’t envision birds as dangerous outside of, maybe, the SyFy channel. But the truth is, a large percentage of disease in the world is transmitted though birds, both directly and indirectly.

Besides the Avian flu, which since its discovery in humans in 1997 has been fatal in almost 60 percent of those infected, there are many viral, fungal and bacterial diseases vectored by birds, and pigeons in particular, or rock doves as they are formally known.

Here are a few of the diseases from birds, all of which can have serious health concerns. Some can be fatal:

There are more than 50 ecto, or external, parasites that infest bird droppings, most of which are detrimental to human health, including bed bugs, bird mites, Dermestid (carpet) beetles, yellow mealworms, etc. In addition, there are many other nuisance pests, such as cluster flies and other filth pests, that are attracted to the nesting areas of birds. These pests breed in the droppings and invade our homes and businesses simply because the birds are not being managed.

Many of the food processing plant contaminations that have turned into major outbreaks are attributed to birds — not exactly a Disney scene with bluebirds happily chirping over a singing princess.

So what to do about the birds? Is there anything that can be done?

To start with, almost every bird is protected by the Migration Act of 1918, which essentially excludes all birds from harm (including disturbing nests with eggs or chicks), except for three groups: pigeons, sparrows and starlings. These three “pest” birds can be managed using most methods available, while all other birds require “out of the box” solutions.

Since pigeons cause the majority of pest problems around homes and businesses, let’s focus on what can be done.

Why are they there? 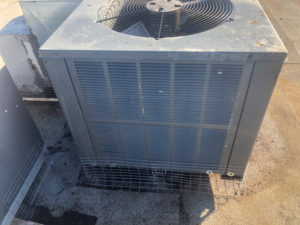 The first thing to ask is why they are there. Birds are very specific about where they nest, or even perch. Look for nests, nesting areas and foraging opportunities. Is there water or pet food exposed? Unkempt fruit trees, fresh seed exposed, trash uncovered, etc.?

For nests, look for roof overhang areas they can nest under. These are the most common nesting areas.

Pigeons want to nest in covered areas — where one section of roof overhangs another closely, there will typically be pigeons seeking to nest depending on the shade provided. Under solar panels, roof AC units, broken roof tile, chimneys, soffits, columns and patio covers are just a few of the other areas pigeons will commonly seek to nest.

Removing foraging opportunities and mechanically excluding the areas they are trying to nest in are the best first steps for pigeon control. Sometimes controlling foraging is tough — pigeons drinking from pool or hot tub, for example. Pet food can be protected, trash cans covered, and fruit trees maintained, but there are times when foraging simply cannot be corrected.

The nests, however, must be removed and the area they are nesting in excluded so future birds cannot gain access. Control is impossible if nests are not removed. If you cannot eliminate the foraging, at least remove the nests and exclude those areas with the proper materials.

For roof overhang areas, remove the nest, clean and sanitize the area and install welded wire screen so birds cannot re-enter. Chicken wire can be too flimsy, and birds will remove or compromise it. Other deterrents can be used, but it is important that the appropriate deterrent is used to fit each individual circumstance.

Sea turtles of the air

Pigeons are strong fliers and use the earth’s magnetic field as a GPS, locating their home from vast distances. “Homing” pigeons, for instance, are not trained to fly to a specific area; they are simply set free and will then fly to the exact location of their nests, much like sea turtles locate the very beach they were born on to lay their own eggs.

This is important because it means that they cannot be relocated. The areas they are nesting in on a home or business must be excluded so they have no choice but to relocate.

Grady Jones is VP of Operations at Delcon Termite and Pest Control, Las Vegas, Nev. He is a 30-year veteran of the pest management industry. He currently serves as the State Policy Affairs Representative (SPAR) for the state of Nevada and the National Pest Management Association.

Grady Jones is VP of Operations at Delcon Termite and Pest Control, Las Vegas, Nev. He is a 30-year veteran of the pest management industry. He currently serves as the SPAR (State Policy Affairs Representative) for the state of Nevada and the National Pest Management Association.