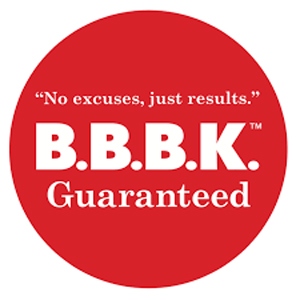 The trademarked service consists of an initial application of a disinfectant, labeled virucidal, using a backpack sprayer.The BBBK technician lets the disinfectant sit for a determined length of time, then returns and wipes clean with a cloth. This is then followed by a fogged application of Sterifab. Sterifab is alcohol-based, labeled as a viricide, and will evaporate in about 10 minutes.

“The pest control industry has a real opportunity to offer these types of services,” said Andrew Burger in a press release. “It is incumbent upon us, as an industry, to take the lead in sanitizing the country. We have the equipment, know-how and license to apply.”

In a followup interview with PMP, Burger noted, “I’m also happy if other people use the trademarked name ‘The Corona 2 Step.’ I just want to do my part in helping clean up the country.”

A LONG HISTORY OF SUCCESS

Al “Bugs” Burger got into pest control in the late 1950s, after a stint in the U.S. Army and later as a not-so-successful vacuum cleaner door-to-door salesman in Albany, N.Y. When his brother, a pest management professional, called one day from Miami to let Burger know their mother was gravely ill, Burger drove 27 hours straight to see her — and changed his life forever. As our 2009 profile notes:

“When I pulled up, my brother met me at the car and told me not to get out. He had a spray gun in his hand,” Al says. “He told me he was going to give me the address of a house that had ants and I was to go and treat it.”

Al didn’t even know his way around town, let alone the first thing about pest management. His brother didn’t seem to mind. Instead, he told him how to get to the house, how to pump up the sprayer and instructed him to go around the house and spray wherever he saw ants.

“So, I went there and I sprayed the ants,” Al says. “That was my training.”

Coincidently, that very night in Miami, he became acquainted with the other piece of the “Bugs” Burger Bug Killers puzzle.

Having just met Sandee and receiving from his brother what he calls, “a fabulous job offer,” Al had no reason to leave Miami anytime soon.

“My brother had 39 customers, and he offered to pay me $15 a week to go out and service his customers and get more business,” Al says. “Plus, I’d be near my mother.”

He went to work with his “super training” and over the course of a few years built up 17 service routes. He then left his brother’s company and went to work for Ever-Ready Exterminating in Miami as a salesperson/technical advisor.

Ever-Ready needed him to do service, though, so Al told them he’d stick it out for three months. From there, he went to Truly Nolen as a sales manager and technical advisor.

Finally, in 1960, Al and Sandee started off on their own. With a 1-year-old baby, the Burgers moved in with Sandee’s parents and operated the business out of their bedroom.

“I’m doing all the bookkeeping and answering all the phone calls out of the bedroom-office while taking care of a baby,” Sandee says. “My parents had a utility room with the washing machine, and that became our warehouse where we stored the chemicals.”

Though still a small, growing business, “Bugs” Burger Bugs Killers was on the rise. One day, a friend invited Al and Sandee to dinner at a fancy, Miami Beach restaurant.

“The walls were covered with these gorgeous drapes,” Al recalls. “I’m sitting there and I poke my nose behind the drapes and I couldn’t believe it. There were cockroaches crawling all over the place. Thousands of them.”

Al demanded to see the manager right then and there. He was blunt and told the manager his place was infested with cockroaches and his current exterminator wasn’t doing his job. He introduced himself and was told to be back at the restaurant Monday morning.

That Monday, Al discovered thousands of cockroaches, rats and mice. It was right then and there that “Bugs” Burger came up with his company motto. He turned to the manager and said, “I guarantee I will eliminate every roach, rat and mouse from the premises.”

Not believing him, the manager wanted it in writing.

“So, I took one of his napkins and I wrote, ‘I guarantee I’ll eliminate every roach, rat and mouse on the premises or the service is free,’” Al says.

It was the Burger’s first commercial account. They expanded from there. The next thing you know, “Bugs” Burger Bug Killers’ is doing jobs for every major restaurant on Miami Beach.

“I couldn’t believe how fast we were growing,” Sandee says. “It was hard enough just covering Miami and south Florida. But Al had bigger things on his mind.”

The Burgers sold their firm in 1986 to S.C. Johnson. Bugs passed away in 2015. In 2001, son Andrew, who had spent much of his career in the industry, bought back naming rights and reopened for business.