Massey-Farrell honored as ‘Orlando Woman of the Year’ 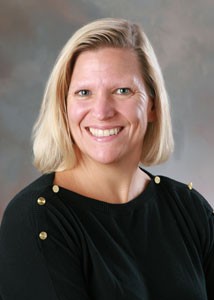 Andrea Massey-Farrell is senior VP of community relations for Orlando, Fla.-based Massey Services, as well as president of the Harvey & Carol Massey Foundation. She was recognized in the April issue of Orlando magazine as an “Orlando Woman of the Year” for 2020.

The award recognizes women in the Orlando community who are making a positive impact. According to a press release, Massey-Farrell has overseen the distribution of more than $5 million in charitable contributions and more than $90,000 in in-kind services in the past year. She has led multiple charitable and volunteer initiatives throughout all of Massey Services’ markets.

Massey-Farrell has also donated her time to serve on the board of several organizations, including Florida Nemours Hospital, Central Florida YMCA, Mead Botanical Garden, Orlando Shakes Theater and more. Non-profit organizations with which she’s been involved include Autism Speaks, United Way and United Arts of Central Florida, Junior Achievement of Central Florida and the American Heart Association. She is a frequent speaker at the Edyth Bush Institute for Philanthropy and Nonprofit Leadership and volunteers at numerous arts and educational organizations.

Massey-Farrell is the daughter of Carol Massey and Harvey Massey, a Pest Management Professional Hall of Fame member (Class of 2008). She told Orlando magazine that she grew up watching her parents become involved and give back frequently to their community, so it’s become almost second nature in her life.

“One of our company’s guiding philosophies is ‘We believe in being a contributing member to our community and industry,’” Massey-Farrell told Orlando magazine. “I’m honored to be able to carry out that mission on behalf of our team members.”