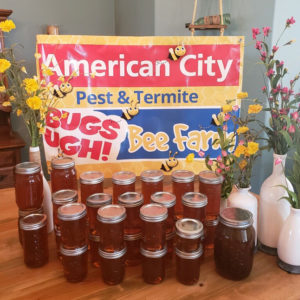 Honey is just one of many benefits to the apiary project. IMAGE: AMERICAN CITY PEST & TERMITE

One thing’s for certain: When National Pollinator Week comes around June 22-28, American City Pest & Termite will be celebrating.

As President Cindy Ziemke notes, “We love bees!” The Gardena, Calif.-based company appreciates them so much, in fact, that last June, it built an apiary about an hour away in Acton, Calif. American City Pest & Termite continues to fund the project today.

Ziemke explains that the firm purchased one hive and named it the “Bugs Ugh Bee Farm,” and have since rescued three additional hives.

“Although it’s necessary to sometimes eliminate bees in the city because of location, or a public health threat, our goal is to relocate bees whenever possible,” she said in a press release. “Our beekeepers keep us updated on the growth, health and honey production of the hives, and send us lots of photos.” 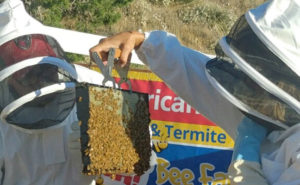 Ziemke says the interaction has not only boosted employee morale and interaction, but serves as a strong training tool. “Our entire company has enjoyed learning more about bees and their lifecycles, mating habits, and honeycomb production,” she said.

American City Pest & Termite was purchased in 1983 by Ziemke’s parents, Jim and Celia Shockey, who had owned the branch office in Torrence, Calif., since 1979. As she notes on the company’s history webpage, Ziemke had grown up with a love for the business and returned to it after graduating college. With more than 40 employees, the firm relocated to Gardena in 2001. 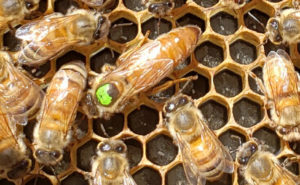 The project is great training for techs, too, as the queen is clearly marked. IMAGE: AMERICAN CITY PEST & TERMITE

“American City Pest & Termite, Inc., is a company of people who care very much about our customers, each other, and our families,” Ziemke concludes on the history page. “Pest control will always be a part of my life, but more than that, the people who make our company will be what I remember most.” 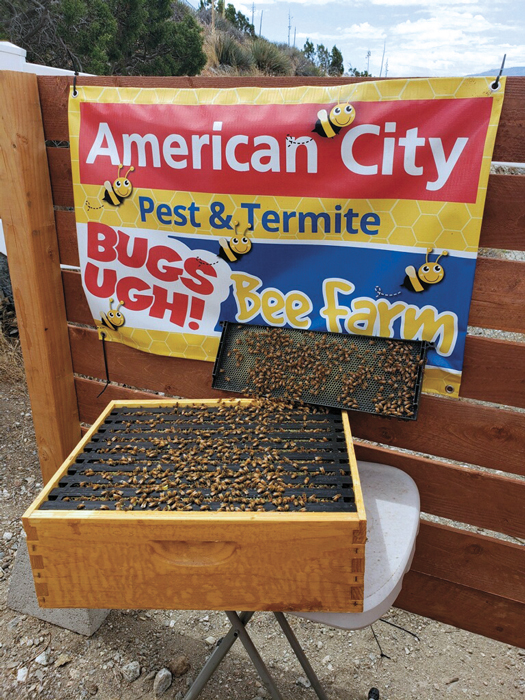 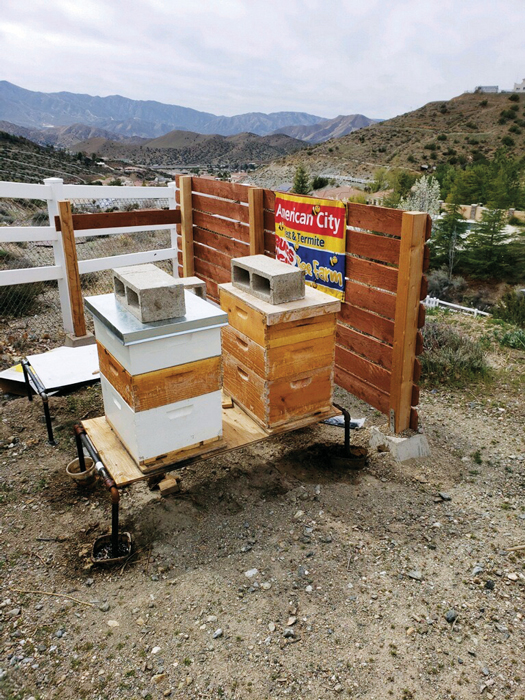