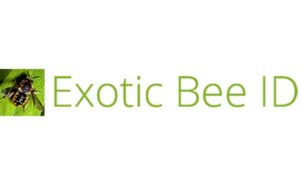 Exotic Bee ID is a website created through a collaborative effort among the U.S. Department of Agriculture’s Agricultural Research Service (ARS), Animal and Plant Health Inspection Service (APHIS) and Utah State University (USU). Online at IDTools.org/id/bees/exotic, its purpose is to help identify non-native bees throughout the United States. As Pollinator Week draws to a close, the free-access site has announced that it has been expanded to include more information and species.

According to a news release, the website launched in 2018, providing information and identification resources for honey bee species and Megachilidae, the taxonomic family that includes leafcutter bees, mason bees and resin bees. This new expansion adds information and species-level ID guides for selected exotic and native bees from the genera of wool carder bees and additional mason bees. Fact sheets and access to maps showing the locations of finds also were added.

“We focused on these groups as they include the majority of non-native bees that either have already been introduced or have a high potential to invade the U.S., and then some of their lookalike natives,” entomologist Dr. Terry L. Griswold explained in the release. “Introductions of new species can have negative consequences from bringing in new pathogens and parasites to displacing native species. Ultimately, this easy-to-use, accurate website could help reduce native pollinator losses.”

The identification guides can be entered at any point, from color of parts of the insect’s anatomy, presence and placement of hairs, leg shape, distribution ranges, or other elements. Keying in physical traits will winnow the possible identification options, and then when you add in the behavior and range, you keep going until there’s only one possibility.

The database stems from ARS’ U.S. National Pollinating Insects Collection, a collection of more than 1.6 million specimens from around the country and the world, also housed in Logan, Utah. Photos were taken by a special camera that can magnify insect parts 1,000X and then automatically stitch the photos together — sometimes more than hundreds of individual shots to create images as large as a gigabyte each that show every detail, according to ARS.

Funding, project support, website support and hosting, and additional content for Exotic Bee ID has been provided by APHIS.