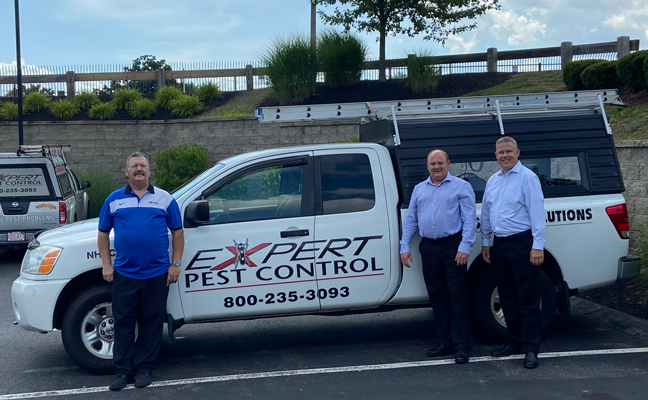 Waltham Pest Services, a subsidiary of Rollins Inc. based in Waltham, Mass., has expanded its footprint across Massachusetts, southern New Hampshire and southern Maine with the acquisition of Expert Pest Control. Based in Fitchburg, Mass., Expert was founded in 1991. Terms were not disclosed.

Waltham Pest Services was founded in 1893 by Frank “Bugs” Martin as Waltham Chemical Co. According to an excerpt from The Ratcatcher’s Child, which was written by Pest Management Professional Hall of Famer Dr. Robert Snetsinger:

(Martin) packaged and sold insecticide dusts and rodenticides in “small” and “large” tin cans. Each label had a picture of Bugs Martin, the name of the product and very little extra information. Sales were wholesale, retail and by direct mail in many states. Some of the products were pyrethrum. High quality chrysanthemum leaves were imported from Africa and processed in Waltham, Mass.

In 1927, Bartlett W. Eldredge purchased Waltham Chemical Co. and soon expanded what was an emerging service business. Commercial locations would ask for estimates on treating buildings. Terms of “150-can job” were typical for a roach job. From these types of estimates Waltham Chemical Co shifted into full service work while continuing its product line through wholesale distributors.

Following the forces set in motion in 1933 with the N.R.A. (National Recovery Act) and related New Deal programs, Bart Eldredge became one of the early leaders of the present National Pest Control Association and was its fourth president from 1936 to 1937. He also was the first president of the New England Pest Control Association, serving from 1933 to 1938. From then through his leaving the business in 1963, Eldredge saw and participated in the development of subterranean termite control, routine pest control service programs, sanitation inspection service and changes in fumigation from HCN to the organic compounds. A strong foundation for service had been laid.

In 1963, Richard L. Keenan, then vice-president, and employed since June 1947, entered into a buyout agreement with Eldredge.

Keenan, who died in 2008 at age 85, served in numerous positions with the New England and national industry associations. His son, Clarke, owned the business before selling it to Rollins in 2010.