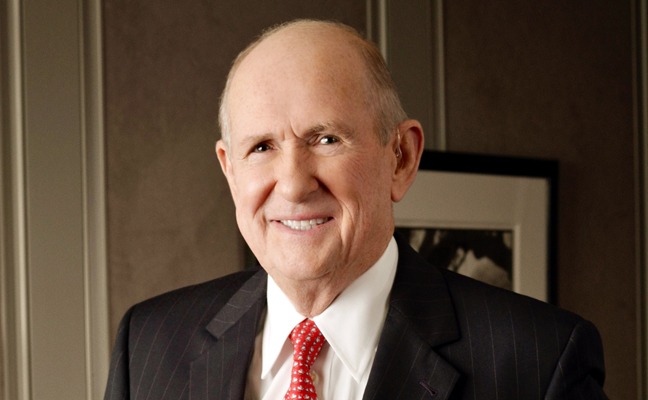 Atlanta, Ga.,-based Rollins Inc. says R. Randall Rollins, the company’s chairman of the board, died on Aug. 17, after a brief illness. He was 88 years old.

The company has not yet revealed its succession plans. Until then, long-standing board members, including Gary W. Rollins, vice chairman, and Henry B. Tippie, lead director, will continue in their respective leadership roles.

“The loss of Randall is felt profoundly, not only by our family, his friends and me, but also by generations of Rollins’ employees and colleagues who had the privilege of knowing him during his over 70 years of devotion to the Rollins companies,” said Gary W. Rollins, vice chairman and CEO of Rollins. “He exemplified the principles of integrity, innovation and dedication instilled by our father, O. Wayne Rollins, who co-founded the company with his brother, John.”

Gary W., a Pest Management Professional (PMP) Hall of Famer, Class of 2012, went on to say, “Randall’s deep sense of loyalty and appreciation of our valued employees and our businesses will be missed. His strong moral compass and expansive business knowledge allowed him to steer many successful public and private companies in a variety of industries. He was always willing to consider something new, and if he became involved, he was determined to leave it better than he found it.”

R. Randall later enlisted in the U.S. Coast Guard. Immediately following his military service, he married the former Peggy Hastings and resumed his business career. He worked to expand the family’s radio and television business at Rollins Broadcasting. In 1964, the company purchased Orkin Pest Control, founded by PMP Hall of Famer Otto Orkin (Class of 1999).

R. Randall’s business insights and vast experience made him a valued member of a number of public company boards of directors, including SunTrust Banks, Gold Kist, Dover Downs Gaming and Entertainment and Dover Motorsports. His guidance was also valued on the boards of trustees of several educational institutions, including Emory University, Berry College and the Lovett School, as well as the Robert W. Woodruff Health Sciences Center Fund.

Although he never acquired a college degree, Rollins was granted the honorary Doctor of Humane Letter degree from Emory University in May 2015.

Friends and colleagues are welcome to send memories and condolences to rrrcondolences@rollins.com.

The PMP staff extends its sympathies to R. Randall Rollins’ family and friends.