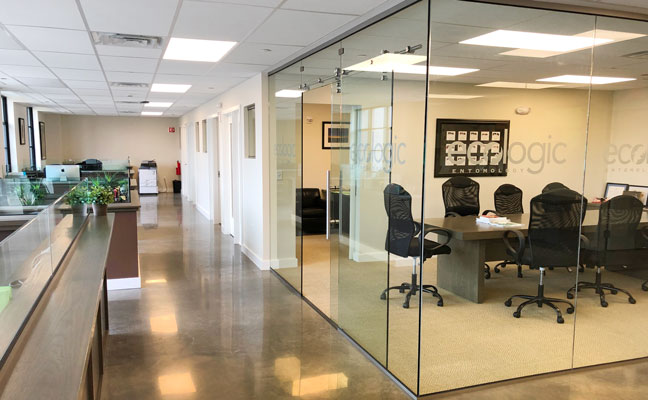 Ecologic Entomology, a family-owned pest control firm based in a South End neighborhood of Boston, Mass., relocated its headquarters — exactly one block away from its previous location. The new address is 56 Wareham St., Suite 2B, Boston, MA.

“It was important for us to relocate within the South End neighborhood, based on its close-knit community, which has always kept its charm,” Jonathan Boyar, ACE, principal of the company, noted in a press release.

Accessibility for employees and customers from all over Massachusetts was a big factor, too. The move was in response to the desire to have work areas that were more conducive to both collaborative work and individual tasks, as well as upgraded technological capabilities.

The new-construction facility is also home to a daycare, a hair salon, a venture capitalist group and a fitness training center. “The building provides underground parking and the opportunity for Ecologic’s service and management team to step away and take in the beautiful Boston skyline views from the rooftop deck,” the news release notes, adding that there are “beautiful custom wood-workstations with a floor-to-ceiling, glass-encased conference room. The office space was carefully designed, just like their mission in pest control.”

The company also maintains a satellite office in Marion, Mass.

Ecologic Entomology was founded in 2010 by Boyar, who in 1981 became the youngest licensed and certified pest control operator in Massachusetts. The company is organized into two divisions: Service and Consulting.

Growth Leaders: The power of three