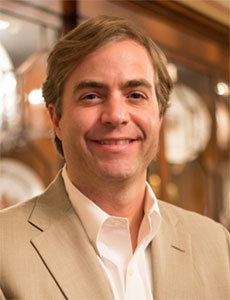 Swift began his career with Authority Brands as a franchisee of its America’s Swimming Pool Co. By 2008, he joined Stewart Vernon as co-owner and took on the title of COO, where he spent 12 years spearheading operational systems and processes. Swift now looks to implement the same mission, and help Mosquito Squad grow its franchise revenue and reach.

“With a track record of success, we have already seen Tom’s capabilities to help grow a brand,” Authority Brands CEO Rob Weddle said in a news release.  “As we look to expand Mosquito Squad, Tom is a key component to take the brand to the next level. Contributing his expertise, he has worked with the team to identify an opportunity for growth by relocating, and we are looking forward to taking the next step to enhance the brand.”

The training redevelopment plan creates a joint America’s Swimming Pool Co./Mosquito Squad campus in Macon, Ga., that will serve as the company headquarters. The new building is slated to be complete by the end of 2020. Developing the campus will provide the ability for the two companies to co-host joint Meet Your Team Days for prospective franchisees. It will also allow extensive hands-on training for new and existing franchisees, according to the news release.

Founded in 2005, Mosquito Squad specializes in eliminating mosquitoes and ticks from outdoor living spaces. Mosquito Squad’s partnership with Malaria No More, a nonprofit global health organization with the goal of ending malaria deaths in Africa, has helped to raised more than $300,000 to help fuel the fight against malaria.