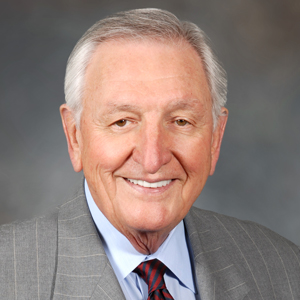 Harvey Massey, chairman and CEO of Massey Services, Orlando, Fla., was listed in Florida Trend’s annual Florida 500 list. This marks Massey’s third time as a recipient since the list began in 2018.

This special section of Florida Trend magazine features the 500 most influential executives in different economic sectors throughout the Sunshine State, and is the result of an intensive, year-long research initiative by the editors of Florida Trend.

“It’s an honor to be recognized on the Florida 500 amongst my peers and other influential business leaders in Florida,” Massey said. “There is a great deal of opportunity in our state, evidenced by so many different industries that were included. It is particularly rewarding to see so many exceptional business leaders from our own Central Florida community recognized.”

Massey, a Pest Management Professional Hall of Famer (Class of 2008), has more than 57 years of experience in the service business in public and privately-owned organizations. Born and raised in Melville, La., he began his career in February 1963 with Rollins Inc. (Orkin Pest Control) and was promoted several times with various management positions. Within 11 years, he became the youngest VP in Orkin’s history. He later purchased Walker Chemical and Exterminating Company and renamed the company Massey Services, Inc. in January 1987. Within 35 years, he has grown the company from four locations in Florida and $3.9 million in revenue to over 155 locations in seven states and $260 million in revenue.

Over the years, Massey, who has been in the industry for more than five decades, has served in numerous capacities for various organizations, including as Chair of the Orange County Arts and Cultural Affairs Task Force, Vice Chairman of the Expressway Authority, Chairman of the United Arts, Chairman of the Rollins College Center of Advanced Entrepreneurship Program and on the Board of Directors of the Edyth Bush Charitable Foundation, to name a few.