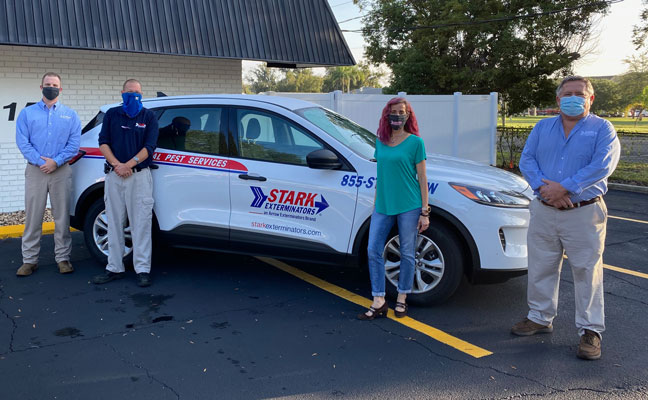 Arrow Exterminators, an Atlanta, Ga.-based provider of pest control and termite services, has opened a new commercial office in Orlando, Fla., to accommodate rapid growth and leverage the area’s wealth of commercial businesses.

“With our recent entry into the Orlando market through an acquisition, we were able to secure additional commercial business because of our recent growth,” Arrow CEO Emily Thomas Kendrick said in a news release. “The area is rich with both small and large businesses in need of the services we deliver on a daily basis. With our outstanding training programs, we are well equipped to service healthcare facilities, schools, financial institutions, athletic venues, restaurants and all types of organizations from family businesses to Fortune 500 companies.”

Kendrick noted that all nine team members joining this service center were existing Arrow employees, “furthering our commitment to create opportunities for our internal team members through our continued growth.”

Arrow President and COO Tim Pollard noted that the new office is well positioned to serve Melbourne, Orlando and Vero Beach, Fla. Consistent with Arrow’s other offices in the area, he said, this new service center will operate under the Stark Exterminators brand.

ABOUT ARROW EXTERMINATORS
Family-owned and -operated since 1964, Arrow Exterminators boasts a modern fleet of more than 2,100 vehicles, 130 service centers, 2,500 team members with revenues exceeding $270 million, and in 2020 was named the #1 Top Workplace in Atlanta by the Atlanta Journal-Constitution. With QualityPro Certification by the National Pest Management Association, the company offers innovative and environmentally responsible services to protect homes and businesses of customers in Alabama, Arizona, Florida, Georgia, Kentucky, Louisiana, Mississippi, North Carolina, South Carolina, Tennessee, Texas and Virginia.