A model rodent surveillance program ramps up in New Orleans 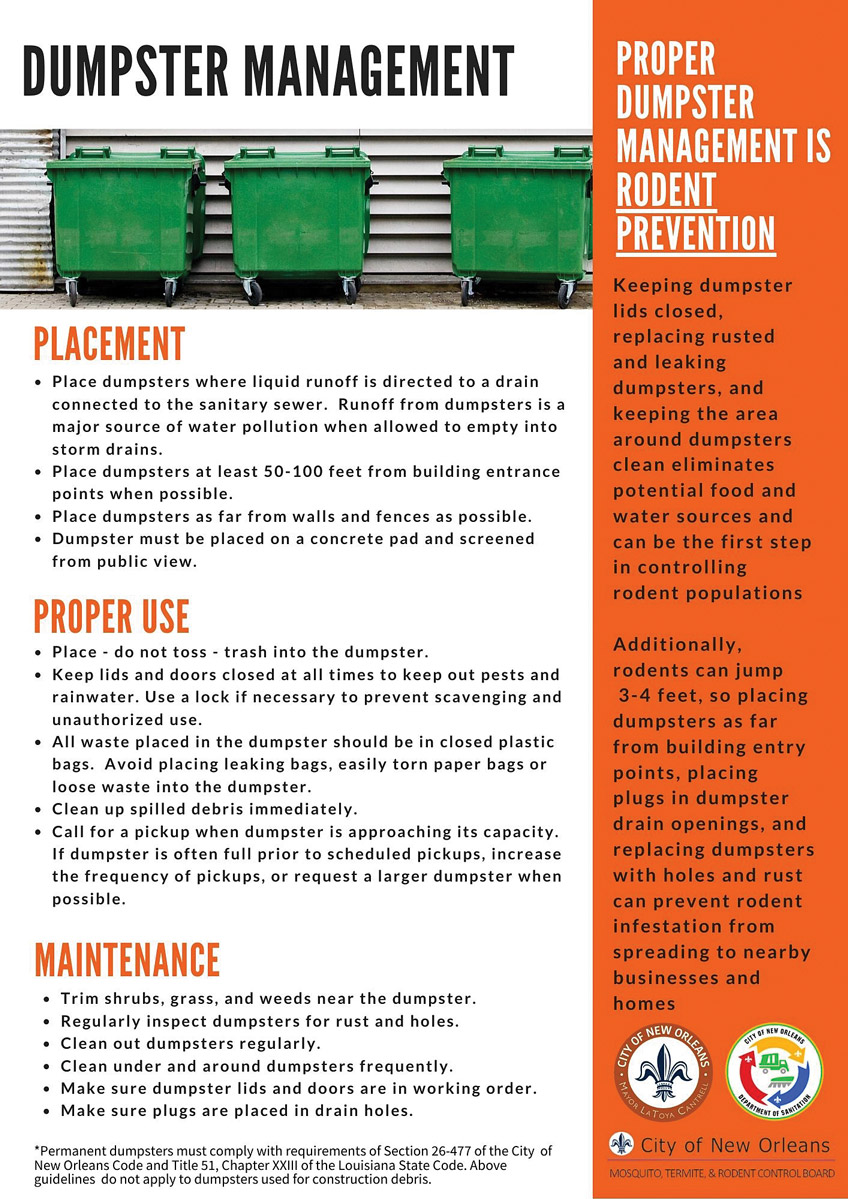 IMAGES: THE NEW ORLEANS MOSQUITO, TERMITE AND RODENT CONTROL BOARD

Several factors converged this year that dramatically affected the pest pressure in many U.S. cities, New Orleans, La., in particular.

Shelter-in-place strategies to protect its citizens from spreading COVID-19 resulted in a sharp decline in the Big Easy’s economy, which relies heavily on tourism. Hotels and restaurants that would have bustled in the spring and summer were operating at bare minimums, if at all. And just as schools were figuring out how to get students back to class, Hurricane Laura lashed out on the western part of the state in late August. This sent evacuees to New Orleans for refuge, and caused even more uncertainty as a result.

Rodents don’t watch the news, but they do sense when their food, water and shelter sources are dwindling. The New Orleans Mosquito, Termite and Rodent Control Board predicted this would happen — and has since implemented several measures to ensure rodent populations are kept to a minimum.

“New Orleans took an aggressive stance from the get-go for COVID-19,” notes Dr. Claudia Riegel, director of the board. “Orleans Parish implemented a shutdown weeks before the state of Louisiana did.”

Because vector control was considered essential in Louisiana, however, the board was never shut down.

“We never missed a beat,” Dr. Riegel says. “Plus, we have very close ties to the local pest control community, manufacturers, suppliers, trainers, product testers and university researchers. We weren’t working in a vacuum to combat rodents.”

She noted the senior members of her team have worked through Hurricane Katrina and other events the newer employees have not, and knew what challenges could lie ahead. “But,” she concedes, “you add COVID-19, and it’s hard for everybody.” 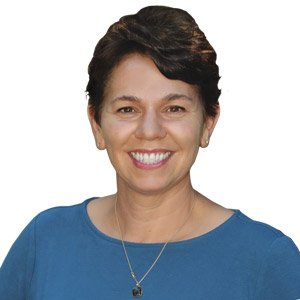 In March, members of the team started on Bourbon Street and fanned out, walking the streets. “We got out there quickly, and manufacturers provided products generously,” Dr. Riegel reports.

The team began baiting storm drains for Norway rats (Rattus norvegicus), similar to the strategy used 15 years ago in the wake of Hurricane Katrina. “Depending where you are, one or the other rat is dominant in an area,” she says, noting several house mice (Mus musculus) were caught, too.

While there was some success, the storm drain baiting wasn’t working as well as it did in 2005. The team decided it was because back then, the debris from Katrina had pushed the rodents to the storm drains to look for food and harborage. This time, the streets were clean — too clean. The team changed tactic, and turned to placing bait stations on sidewalks in commercial districts.

“We conducted night surveillance and site inspections, lining up bait stations on both sides, because hardly anybody was on the streets,” Dr. Riegel explains. “We measured bait consumption; we checked every week, and we moved every two weeks.”

This time, success was quick. The decline in rodents was sharp, and remains low as of early September.

But Dr. Riegel points to the key to gaining and keeping control in such city-wide circumstances: consistency. “Do it systematically,” she says. “Not just focusing on pockets, but starting in an area and expanding outward.”

Another plus was having code enforcement personnel from the New Orleans Sanitation Department and the New Orleans Health Department on the side of gaining rodent control, she says: “With their help, we continued to educate the public, and strictly enforce the code.”

Dumpster management is crucial to success, she says. The board not only created a brochure for business owners and residents on how they can do their part to deter rodents, but ordered large magnets with similar information. If a team member comes across an unkempt dumpster, it gets a magnet — and the sanitation department is alerted to enforce upkeep and focus on integrated pest management (IPM) strategies.

Dr. Riegel reports that, contrary to popular belief, New Orleans is not overrun with rats. “Are there pockets of activity? Absolutely. Roof rats (R. rattus) are particularly challenging,” she says. “We keep imploring residents, ‘Please stop feeding birds and squirrels. Please take your pet food inside.’” 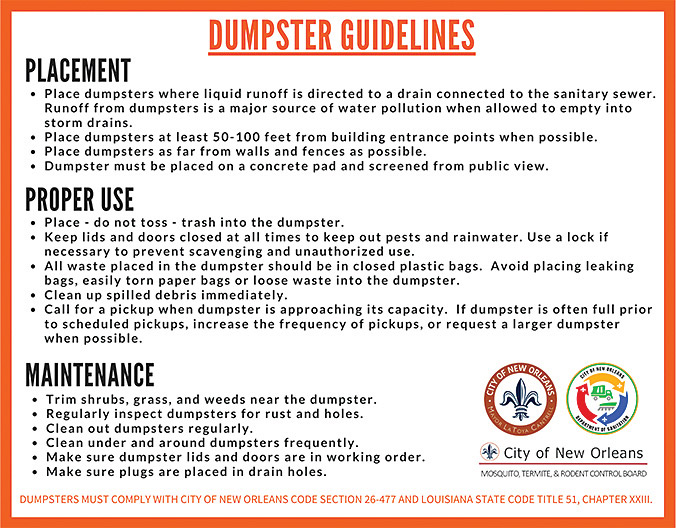 IMAGES: THE NEW ORLEANS MOSQUITO, TERMITE AND RODENT CONTROL BOARD

While keeping on top of New Orleans’ pest rodent population is the immediate goal, Dr. Riegel has a long-term goal in mind, too. She says she wants to “create a sustainable rodent surveillance program that can be used as a model for cities across the country.”

The team currently has a dual focus on both geographic surveillance and mapping the types and frequencies of rodent pathogens. The Centers for Disease Control and Prevention recently awarded the board a grant that will let Dr. Riegel and her team consolidate rodent data from a variety of places.

“Everyone seems to be working in silos, and we want to create a data platform that everyone can use to make better-informed decisions regarding rodent management,” she explains. “The grant will help us see what the data gaps are. As we pool resources and data, we can narrow our focus to rodent hot spots.”

She hopes New Orleans will become a model for other cities on how to optimize rodent control resources.

“Rodent control doesn’t have the respect it warrants from the public,” Dr. Riegel says. “But we have an obligation to change that.”