An interview with a Norway rat 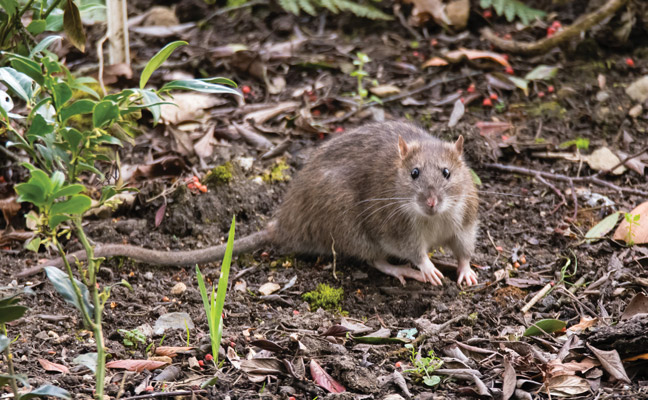 Built for survival: Get to know the Norway rat (Rattus norvegicus).

Pest Management Professional magazine (PMP): Well, we finally get to interview one of the most feared and loathed pests in the history of mankind.
Norway rat (NR): And we’re proud of it.

PMP: Let’s talk about your history. You’re called a Norway rat, but you are not from Norway, right?
NR: We are about as Norwegian as spaghetti is Asian. (Considers what he just said.) Hmm. Bad example. But supposedly, we were studied in Norway and thus the name. It stuck with us.

PMP: You have been in North America less time than your cousin, the roof rat, right? It is well known that Rattus rattus has been in North America since about the time of first U.S. settlers, maybe in the 1600s. Yet, you’ve only been here since about the time of the American Revolution, in the late 1700s.
NR: That is correct. Supposedly, we arrived via the shipping docks — in New York City, most likely.
We are much more successful than the roof rat, though, and can be found in most parts of North America now.

PMP: Why do you think you are so successful?
NR: I really believe it’s because we are gutsy and aggressive. We are unafraid to inhabit even the filthiest areas and tightest harborages. We like varied diets, and are commensal.

PMP: “Commensal” is an appropriate description. It means to share the table — and you have no fear of sharing the table or pilfering food from humans, pets or other animals. What human activity makes sharing the table so easy for Norway rats?
NR: People leave food out. They poorly wrap garbage, and leave it in bags on the streets at night. They like to build houses where there is ample water, so we can easily survive and burrow.

PMP: Let’s talk about the Norway rat, the machine. What makes your body design so helpful for survival?
NR (chuckles): We are a well-designed machine, aren’t we? Take our excellent hearing, for example. We also have a keen sense of smell. We have guard hairs on our body and whiskers that allow us to sense air movement and physical obstacles. Not only can our tails be used as a counterweight, they can help us regulate body temperature. We can gnaw with great strength. Now, we might not have the best eyesight, but it’s untrue that we have very poor eyesight.

PMP: Last question: What is your greatest challenge when facing a pest management professional, or PMP?
NR: There are a lot of new tools for PMPs, which is a little scary for us. Today’s technicians are educated and love the challenge of rodent control. At one time, PMPs would just throw bait to us, even in areas that had so much food we had no interest in the bait. Then the concept of integrated pest management, or IPM, came along. Ugh! All that strategizing makes it hard for us to stay a step ahead. Still, we like to keep PMPs on their toes. We can learn, too, you know.