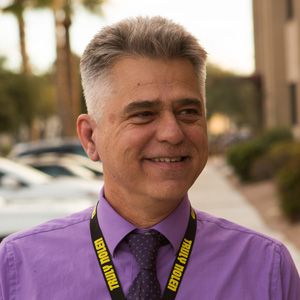 Truly Nolen Pest Control has promoted John Welsh to senior reporting analyst in the company’s accounting department. Welsh is based at the company’s headquarters in Tucson, Ariz.

“I am excited about the potential growth of the reports department and the different technologies that will help us to expand,” Welsh said. “Our team continues to explore more of an analytical approach and create presentations to help our executive team with their business decisions.”

Welsh, a 24-year industry veteran, was hired at Truly Nolen in May 2008. Previously, he worked as a pest management professional (PMP) at another Tucson pest control company for 12 years. He provided residential and commercial pest control services and managed the company’s bird division. He earned his degree in accounting from Brown College while working as a PMP.

While at Truly Nolen, Welsh has improved the company’s process for handling sales tax compliance, helped develop changes to the company’s internal Branch of the Month Contest and improved the format and data integrity of statistical reports.

“John is constantly looking for ways to develop and improve the reporting at Truly Nolen,” said Sean Dreis, controller. “He has been a stalwart for over a decade and I am excited to see his continued growth within our accounting department.”