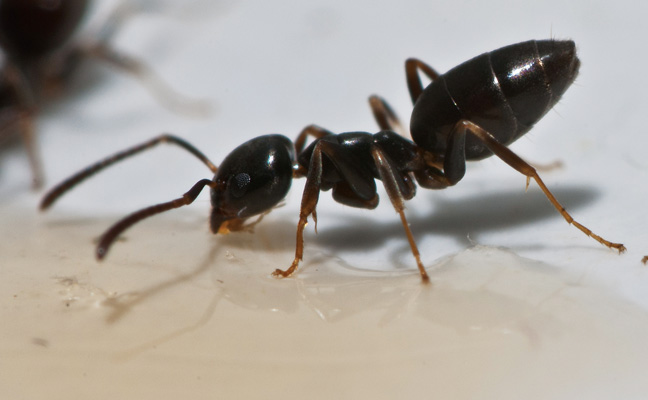 An OHA worker feeds on a bit of gel bait. Photo courtesy of, and copyrighted by, Gene White, pmimages@earthlink.net

Range ➔ OHA are found throughout the United States and southern Canada; they are common along the West Coast, Atlantic coastal and New England regions, and in the mid-southern region of the United States.

Prevention ➔ Eliminate moisture and water sources; remove food sources by keeping food sealed; prune trees and ivy so they do not touch the structure; seal entry points into structures; store firewood and lumber away from the home; move garbage cans away from the structure.

An out-of-sight approach to ant baiting

Recognize the importance of IPM