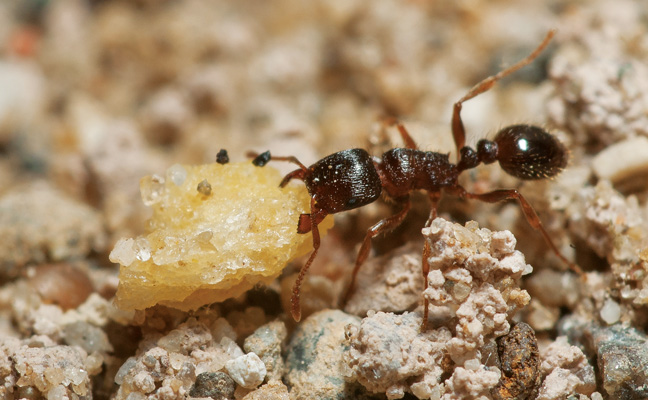 A pavement ant worker takes food back to share with its colony. Photo: courtesy of, and copyrighted by, Gene White, pmimages@earthlink.net

➔ Pavement ants are common throughout most of the United States, in the Midwest and in the Pacific Northwest, but they are an occasional pest in southern states.

➔ Its native range in Europe is wide; at the beginning of the 19th century, it was introduced into the United States.

University of Florida, Institute of Food and Agricultural Sciences Extension