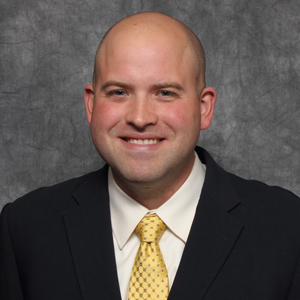 Rose Pest Solutions announces that Joe Flood has earned his board-certified entomologist (BCE) designation from the Entomological Society of America. Flood joined the Troy, Mich.-based company as an intern in 2007 and was promoted to his current position of Cleveland, Ohio, district manager in 2018.

The ESA reports there are just 30 BCEs serving in Indiana, Michigan, and Ohio – the three states that comprise Rose’s market. As part of his certification, he will perform ongoing, educational training requirements throughout the year and ascribe to a code of ethical behavior set forth by the ESA. He is the sixth BCE on staff for Rose, which also employs 10 associate certified entomologists (ACEs).

“I am grateful to work for a company that prides itself in investing in its employees,” Flood said in a news release. “Rose believes in professional development and encourages the staff in continued lifelong learning. It’s a major reason why I enjoy being part of the Rose team.”

Flood, who lives in Akron, Ohio, earned his entomology degree in 2009 from Michigan State University. After working seasonally in the mosquito abatement division, he was hired by Rose full-time as a service technician in 2010. Flood served as Rose’s municipal mosquito coordinator in the Saginaw, Mich., service area for four years, was promoted to training supervisor in 2014, and then to district supervisor before beginning his tenure in Cleveland. Flood has also served on the planning and scientific committees of the Michigan Mosquito Association and studied business courses at the University of Michigan.

“It has been a privilege watching Joe mature into the technical, sound professional that he is today,” Saginaw District Manager Mike Rogers said in the news release. “From his first day as a seasonal mosquito technician to his role as a district manager today, Joe has made sure that whatever he does generates effective results for the client. I congratulate him in earning his BCE designation, and I look forward to what’s next for him in his pest management career with Rose.”