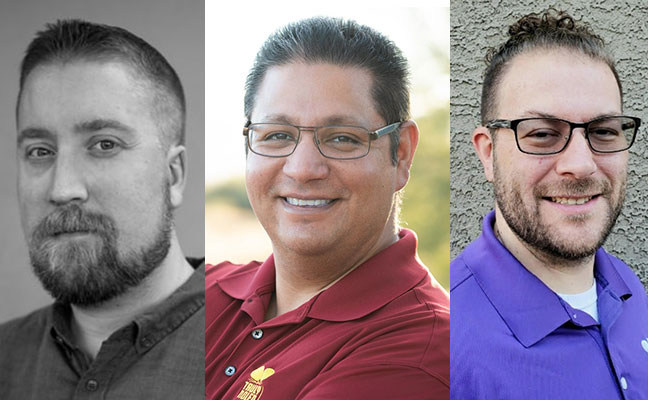 Truly Nolen Pest Control has promoted three employees in the information technology (IT) department at its corporate headquarters in Tucson, Ariz.

Hagardt joined the company in December 2009 and has 15 years of IT experience. He started as a Helpdesk specialist and worked his way up to network engineer. In his new role, he is in charge of all network infrastructure pieces, as well as the Helpdesk team. Prior to joining Truly Nolen, Hagardt worked in IT for Cardonelet hospitals.

Martinez joined the company in May 2014 and has 20 years of programming and IT experience. In his new role, he continues to lead the company’s developers to meet current and future needs, to ensure development needs align with all aspects of software development technology. Prior to joining Truly Nolen, Martinez spent eight years in the video game industry creating games, and six years in the government defense sector working on vision and targeting systems for autonomous vehicles. He graduated from Arizona State University with a bachelor of science degree in computer systems engineering.

Rabe joined the company in July 2018. In his new role, he is leading the team as it continues to grow. Prior to joining Truly Nolen, Rabe worked for 11 years as a corrections officer for the Arizona Department of Corrections.

“Jesse, Jose, and Garrett are all terrific ambassadors for our brand and culture, and have excelled in their previous roles with our company,” Truly Nolen IT Director George Lawlor noted in a news release. “Each of these promotions is well-deserved, and we are fortunate to have all three of them as part of our department.”