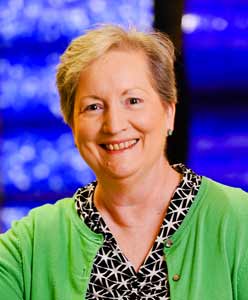 Syngenta Professional Pest Management’s (PPM’s) head of marketing, Pat Willenbrock, is retiring Dec. 16. She has worked at Syngenta and its legacy companies for more than 30 years.

Willenbrock had a career as a market research analyst before joining Merck Animal Health in 1989 as the global abamectin product manager. After Novartis purchased Merck in 1997, she held the roles of diazinon product manager and home and garden marketing manager. She then became head of marketing information for Syngenta Crop Protection after Novartis and Zeneca merged to become Syngenta in 2000.

Willenbrock graduated with a bachelor of arts degree in psychology from Bucknell University, Lewisburg, Pa., and a master of business administration degree from DePaul University, Chicago, Ill. She also holds marketing and sales excellence certification from the European business school INSEAD.

A news release from Syngenta notes that the team congratulates her on an accomplished career, and notes that she has had a great impact on her colleagues, including other women in the industry, offering mentorship and support.

“All who have worked with and for her will miss her greatly,” Laurie Riggs, brand manager for PPM at Syngenta, said in the news release.

Syngenta was founded in 2000 as a global company dedicated exclusively to agribusiness. Its history, however, stems from an industrial tradition going back almost 250 years. Today, the product manufacturer has more than 28,000 employees in more than 90 countries worldwide. Professional pest management products and brands include Advion, Altriset, Archer, Demand, Demon, Optigard, Talon and Tandem.

- Syngenta launches 2021 PestPartners program
This article is tagged with Syngenta, Willenbrock and posted in News