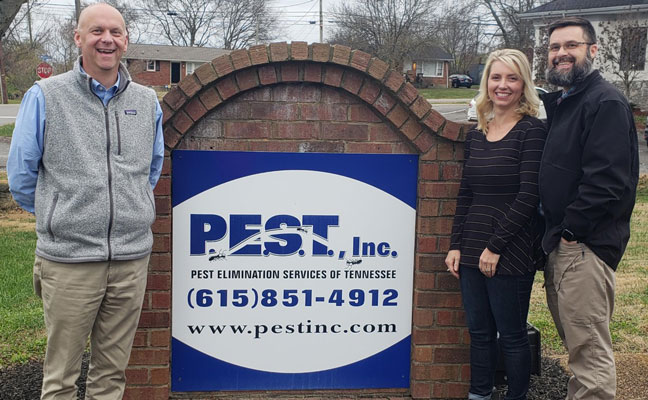 In a news release, P.E.S.T. co-owners Andy & Julie Yant stated: “It is with mixed emotions that we step away from something we worked so hard to build and lived every day for nearly 20 years. Knowing our team and our customers are in such great hands makes this difficult transition much easier. Eric and the entire Waynes team share our same core values, and strive to put the customer at the center of every decision.”

Waynes President Eric Frye noted in the release: “We continue to aggressively grow our Nashville footprint through consistent organic growth and targeted M&A. Andy and Julie Yant have built something truly special at Pest Elimination Services of Tennessee, and it is with great humility and excitement that we look forward to building on their legacy as we deliver on our promise of world-class service to their customers.”

Founded in 1973, Waynes, an Anticimex company, began as a pest and termite control company but has since expanded its offerings to other home-care services. It currently operates in Alabama, Tennessee and Mississippi. It has achieved more than $32 million in annual revenue in 2019, and is experiencing overall growth of more than 30 percent in 2020, with estimated year-end revenue of more than $40 million.