Run Your Business: By the numbers 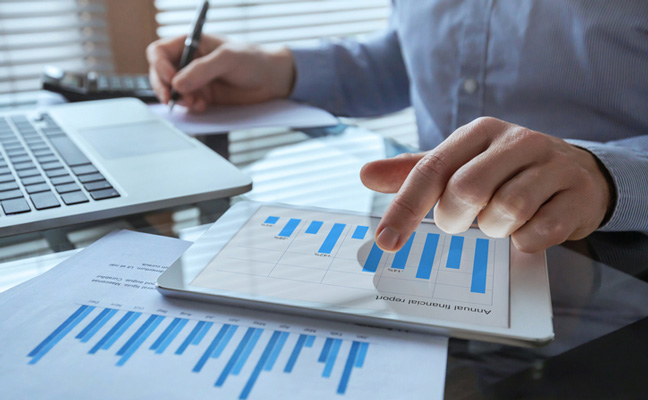 Fifteen years ago, my goal for the Philadelphia Marathon was to break the four hour barrier. I’d have to take over 10 minutes off my previous time. That may not sound like a lot, but trust me, it is.

Running is a numbers game. I needed to run every mile at 9:09 minutes or faster. The weather was perfect with cool temperatures and a slight drizzle. I started out fast. Much faster than I thought I could handle but I pushed myself because I knew my pace would slow down as the miles added on. At the halfway point, my average was about 8:30 minutes per mile. I had never run that fast for that long.

I couldn’t stop looking at my watch. It felt as though I was glancing down at my wrist with each step. I know it was a bit compulsive, but between the thrill of seeing how well I was progressing coupled with my constant calculations to see if I was still on target gave me the energy to push me forward. Numbers can push you to the finish line.

Numbers are just as critical, perhaps even more so, in business.

From the very beginning, we used sales numbers at as the metric to guide BHB Pest Elimination. In fact, I still have my dad’s first ledger book showing the yearly sales increases during those first years. I love to flip through the book, seeing his neat, precise handwriting across the frayed pages, tallying the sales in those difficult years when he started the company.

We thought it was simple. If sales were going up, then all had to be good. And yet, we weren’t making money. We were shocked at how many times the accountant would tell us at the end of the year that we lost money again. This one-sided focus on sales is by far the biggest mistake I have made as a business owner.

Just as technology helped me get physically fit, our computers and software programs had the tools to get me fiscally fit.

Rather than wait until the end of the year for an accountant to tell me how we did, I used the tools to see how we were doing by the day, week and month. Our profit and loss reports became my guide. By looking at the whole picture, results began to improve very quickly. I soon realized that getting control of the expenses was even more important than the money that was coming in.

We analyzed our scheduling programs and cut down on travel time to make our technicians more productive. It is not all about the money going out. Keeping a much closer eye on accounts receivable and working with our customers enabled us to collect money due at a much faster rate.

It was exciting to see how quickly changes in our expenses and cash flow affected our bottom line. An increase in profits of $10,000 might require new sales close to $100,000. It could take months for that money to come in. Lowering expenses and improving productivity quickly increased my profits without a single new sale.

By using the numbers, I was able to identify our most profitable services and customers. It became clear which services we barely made anything from, or even lost money on. Having this knowledge, enabled us to guide our marketing efforts to our most profitable markets.

The day of the Philadelphia Marathon, my family watched me cross the finish line and beat my goal. I did it by keeping a close eye on the numbers. Not just at the end of the run, but from the very first steps. I knew when to push hard or pull back.

Numbers don’t lie. Set your goals. Keep a close eye on those numbers every step of the way and you will cross the finish line.

BRODER is president of BHB Pest Elimination, which is located in New York, N.Y. The company provides general pest control services in New York City’s five boroughs of New York, as well as New Jersey and Philadelphia.  He may be reached at 212-242-3383 or michael@bhbpest.com.

Growth opportunities over the next five years