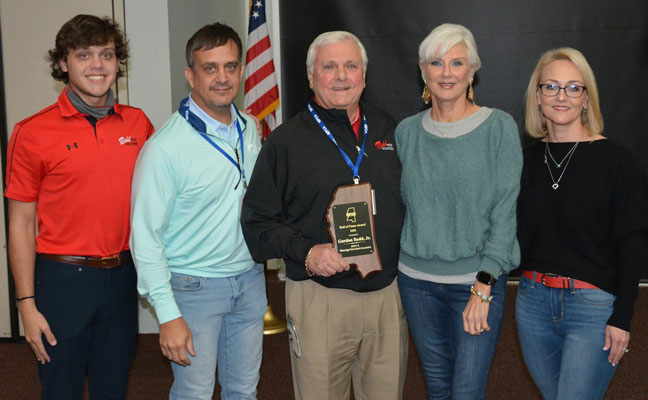 Gordon Redd Jr., president of Pascagoula, Miss.-based Redd Pest Solutions, was inducted into the Mississippi Pest Control Association (MPCA) 2020 Hall of Fame on Jan. 21. Redd was recognized for his lifetime dedication to the advancement of the Mississippi pest control industry.

In addition to his leadership at Redd Pest Solutions, Redd has served on many boards and committees within the National Pest Management Association (NPMA), MPCA and local organizations. He grew up in the industry, with his grandfather, J.C. Redd, having founded the company in 1946 and his father, Gordon Sr., becoming the owner in 1970. Redd joined the team officially in 1972, and became co-owner in 1988.

“We are extremely proud of Gordon for his leadership and dedication to our industry and the communities in which we serve,” Redd VP Eddie Brewer Jr. said in a news release. “He is a great mentor and one who always leads by example. He is well deserving of this honor.”

ABOUT THE MISSISSIPPI PEST CONTROL ASSOCIATION

On January 1, 1946, with $1,200 cash, a used van, a few valuable contacts, and a theme of service, J.C. Redd started the company Redd Pest Control located in Jackson, MS. Over time, Redd Pest Control grew into one of the largest pest companies in the industry covering eight states. In 1999, J.C.’s business was sold by his son Richard, with the exception of several franchised territories owned by family members in Mississippi, Louisiana, and Alabama.

As one of the oldest companies in our industry, Redd has had thousands; upon thousands of customers throughout the years say: “when is my Reddman coming…” or “Mom, the Reddman is here…” In the late 1950’s, the company adopted the theme “Call the Redd Man” based on the heritage started by customers. During this same period, Redd also established a new logo which included a Native American boy. Founder  J.C. Redd and his family members are direct descendants of the Cherokee and Choctaw Nations. The Redd family takes great pride in their Native American ancestry.