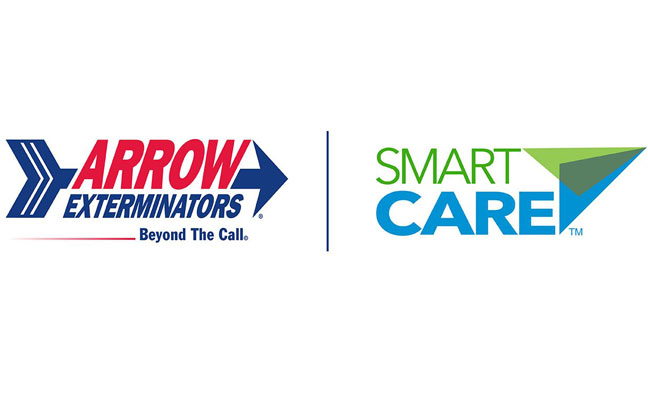 Arrow Exterminators’ SmartCare is a disinfecting service offered to industries of all kinds, including foodservice, retail, healthcare, hospitality, schools and more. The Atlanta, Ga.-based pest management firm introduced the service in late February.

“In the midst of the pandemic, we recognized a service need for businesses and industries alike that we have never offered in the past,” Frank Roy, Arrow’s SVP of Commercial Services, said in a news release. “This service will disinfect, sterilize, deodorize and purify any surface that may have been infected by bacteria and viruses such as COVID-19.”

Arrow CEO Emily Thomas Kendrick noted in the release that the company’s No. 1 priority “has always been to protect the health and property of our customers in the most environmentally responsible manner. With Arrow Exterminators’ SmartCare service, we have added another opportunity to accomplish that goal.”

Family-owned and -operated since 1964, Atlanta, Ga.-based Arrow Exterminators is the sixth largest pest and termite control company in the United States, ranked by revenue. Arrow boasts a modern fleet of more than 2,100 vehicles, 137 service centers, 2,600 team members with revenues exceeding $285 million and in 2020 was named the  No. 1 Top Workplace in Atlanta by the Atlanta Journal-Constitution. With QualityPro Certification by the National Pest Management Association, the company offers innovative and environmentally responsible services to protect homes and businesses of customers in Alabama, Arizona, Florida, Georgia, Kentucky, Louisiana, Mississippi, North Carolina, South Carolina, Tennessee, Texas and Virginia.

Arrow Chairman Joe Thomas is a member of Pest Management Professional’s Hall of Fame (Class of 2009). He is the son of Arrow’s late founders, Starkey and Jean Thomas.