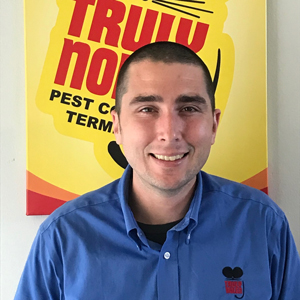 Killian’s responsibilities will include helping the service office gain more visibility with the local community in Port St. Lucie and Treasure Coast, as well as instilling the company’s core values throughout his team.

“I am most excited about tapping into the unlimited potential that this local market offers,” Killian said in a news release. “My favorite thing about Truly Nolen is the level of support and recognition partners receive because they are frequently recognized for their efforts at all levels and there are plenty of support personnel willing to help at a moment’s notice.”

He joined Truly Nolen in July 2020 as a manager-in-training. Previously, he worked in the restaurant industry for more than 10 years as a manager for Bonefish Grill and Beef ‘O’ Brady’s. Killian attended Eastern Florida State College where he earned a bachelor’s degree in management.

“Neal’s decade of management experience, dedication to helping customers, and ability to multi-task made him the perfect choice for this new opportunity,” Rafael Masferrer, district manager of Southeast Florida, said in the news release. “I look forward to seeing his continued growth with our company.”