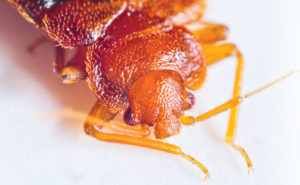 The next time one of your technicians complains about a bed bug account, point out that at least it’s not located in the middle of the Arctic Ocean.

That was the alleged situation for the U.S. Navy’s fast-attack submarine Connecticut. According to an article in the Navy Times, while sailors allege they’ve dealt with bed bugs for nearly a year, it was not confirmed until Feb. 19. The crew alleges problems began in March 2020, during a naval exercise in the Arctic. According to TaskAndPurpose.com, the ship has reportedly been moored at Naval Base Kitsap-Bremerton in Washington since December.

None of the media outlets (including the New York Post’s coverage) have said whether the bed bug problem has been completely resolved, but they did note action has taken place. For example, Cmdr. Cynthia Fields, a Naval Submarine Forces Pacific spokeswoman, was quoted in the Navy Times article as noting the following had been done:

It got me to thinking about our 2017 cover story, “Set sail,” in which Pest Management Professional Hall of Famer Jerry Mix (Class of 2005) interviewed longtime pest controllers Bob Clements, Rick Lewis and Jim Warneke about doing inspections for bed bugs and other pests on cruise ships. While luxury liners and military vessels don’t have a ton in common, there are a few crossover processes. And as Lewis quipped in the article, “What we do on land translates to the ships, except that it is a little bit more intense.”