In praise of NYC PMPs 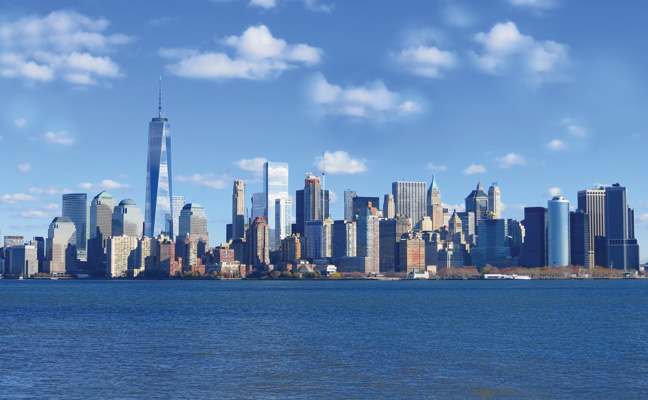 Throughout the world, pest management professionals (PMPs) battle cockroaches, ants, rodents and a wide variety of other pests. But to do it in New York City, or NYC, requires overcoming a unique set of challenges. As a native New Yorker, I am familiar with the challenges PMPs face when working in the largest city in America. When you hear “You have to be great to make it in the Big Apple,” it’s true.

Here are 15 situations that NYC PMPs deal with on a daily basis:

1. There is no place to park. Most PMPs ride the subway. They pack a complete set of tools and products into a carrying case.

2. More items are locked up than not. There is no master key, because it is too high-risk to have one key that can open everything.

3. Unions are strong. You cannot use your own ladder, open up a locker, or check inside an electrical box without the aid of a union member.

4. Patience is a must. Trying to get maintenance people to meet you in a particular location of a building at a specific time is rare. They are spread thin helping others. You wait and wait. This all eats into the time required for what you can accomplish for the day.

5. Receiving all-access is rare. Within one building, a section may be off-limits because it’s under construction, there is a major break in a sewer line, an elevator is out of order, etc.

6. NYC is not a new city. Oklahoma was not even a state when NYC began crumbling. For instance, old plumbing lines are replaced with new ones, but the old ones remain hidden and open in wall voids.

7. NYC has three sewer systems. There’s the new one being used, an older one no longer in use, and a third one no one knows about until someone hits it during underground construction. Then, hundreds of rats come pouring out.

8. Building design can be an issue. Some restaurants have been redesigned three or four times, with wall voids behind wall voids. PMPs have to drill into these voids to reach rodent and cockroach populations, established for many decades.

9. NYC is a land of many cultures and languages. NYC is near where the Statue of Liberty sits. My own parents came to this city, and had to learn English. Try explaining to someone standing on a piece of raw meat in a commercial kitchen why he cannot do this. He comes from a culture where they are used to doing this.

10. Garbage is a huge issue. We all know about garbage strikes and how plastic bags of garbage pile up in the street. What about a garbage chute that has backed up eight stories high? People empty garbage out the window into alleyways and sidewalks. Papers and pet poop are evident in many areas.

11. New Yorkers are a special breed. Many New Yorkers believe you can never get all the cockroaches or rodents out of their building, so they give up.

12. Customers have high expectations. For those customers who haven’t given up, you must answer an emergency call within the hour — day or night, regardless of weather.

13. The red tape is thick. In addition to federal and state agencies, the local health department and New York City Fire Department mandate a list of regulatory stipulations that are strongly enforced.

14. NYC has a people problem. To feed and shelter 8 million people, think of how many trucks enter the city daily to bring new materials. What about the 1 million-plus people who come to work from Connecticut, New Jersey, Long Island and Pennsylvania? Then there are the tourists — not as many as there were pre-pandemic, but slowly climbing back in number.

15. Pest problems gain traction. When a new or old pest species occurs, it very quickly spreads. In the early 2000s, NYC’s Housing Authority and Transit Authority found this out with bed bugs, for example.

16. NYC becomes an early target. Similarly, when a new disease related to pest control occurs, it likely will arrive in NYC first. Airplanes and ships bring people and supplies from the rest of the world in numbers that cannot be screened. You can be deep in the Amazon on Wednesday and in downtown Manhattan on Thursday. That may be true for any city, of course, but NYC experiences this pressure every day.

Does this mean that NYC PMPs give up? Nope. The tough get going when the going gets tough. We may never win the war in the end, but we at least win battles and keep the city from becoming completely overrun.

Contact Dr. Frishman, a PMP Hall of Famer, at PMPEditor@northcoastmedia.net.