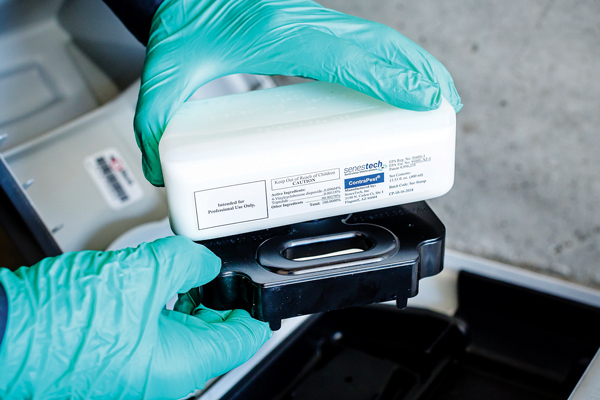 SenesTech, a developer of proprietary, next-generation technologies for managing animal pest populations through fertility control, is collaborating with Liphatech, a global leader in the research, manufacturing and distribution of pest control products, to develop a non-liquid formulation of rat “birth control” product ContraPest. Both companies will be contributing resources to the project.

“The ContraPest brand provides proven benefits when incorporated into integrated pest management programs. Its liquid formulation is highly palatable to rats and highly effective. We continually seek to expand our offerings to customers, and an additional formulation such as soft bait is a logical next step,” SenesTech CEO Ken Siegel said in a news release.

Brandy Pyzyna, SenesTech’s VP of Research and Regulatory, noted in the news release that the scope of work “will include all planning, execution and efficacy testing for a non-liquid formulation of ContraPest based on the soft bait matrix developed and marketed by Liphatech. We have a detailed, cooperative work plan that we will initiate immediately.”

Founded in 2003 by two scientists with a deep love for animals, Drs. Loretta Mayer and Pat Hoyer, Flagstaff, Ariz.-based SenesTech has developed an innovative method for managing animal populations through fertility control.

Its lead product, ContraPest, targets the reproductive capabilities of both sexes in rat populations, inducing egg loss in female rats and impairing sperm development in males. Using a proprietary bait delivery method, ContraPest is dispensed in a palatable liquid formulation that promotes sustained consumption by rat communities. It is designed, formulated and dispensed to be low hazard for handlers and non-target species such as wildlife, livestock and pets, where the active ingredients break down rapidly.

Headquartered in Milwaukee, Wis., Liphatech is a researcher, manufacturer and distributor of several pest control brands, including FirstStrike, Resolv, TakeDown, Generation, BlueMax, Maki and the Aegis line of bait stations. It was founded in France in 1946 as Lipha, to develop anticoagulants for the treatment of heart patients. It developed the first of its active ingredients, chlorophacinone, in the 1960s and branded it as Rozol, a family of products that includes grain and pelleted products for field and structural use and a tracking powder for use in and around structures. In the 1970s, Liphatech developed bromadiolone, a second-generation rodenticide active ingredient.