4 tips to consider before creating a woodpecker control strategy 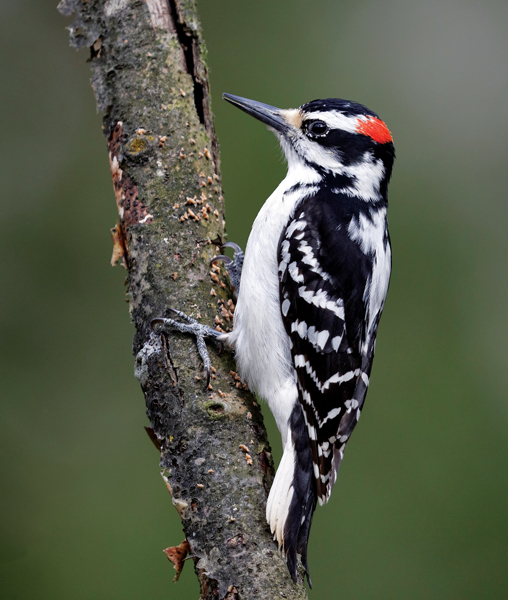 For his presentation at the recent virtual Purdue Pest Management Conference, wildlife control professional Keith Markun focused on a bird that seems to be increasing its pest status in recent years, thanks to new construction in previously forested areas: the woodpecker.

Markun, who owns Beast Nuisance Wildlife Solutions, Minneapolis, Minn., and is also VP of the National Wildlife Control Operators Association, notes that in North America, there are 23 woodpecker species. However, the majority of U.S. pest calls come in for just three:

⦁ Pileated woodpeckers (Dryocopus pileatus) are a large species, and accordingly can create large-cavity holes and a lot of structural damage in a very short time. Males can be identified by their bright-red heads. Egg incubation is about 18 days. Young can fly within 28 days of hatching.

⦁ Downy woodpeckers (Picoides pubescens) are a small species, black with speckled-white feathers. Males have just a bit of red marking on their heads. Eggs are incubated by both parents, and the young vacate the nest within 25 days of hatching.

⦁ Hairy woodpeckers (Leuconotopicus villosus) are just slightly larger than downy woodpeckers and have similar markings. Its breeding season is February through June, and egg incubation is about 12 days. The young vacate the nest within 30 days of hatching.

Woodpeckers are protected under the Migratory Bird Treaty Act of 1918, and Markun reports that you need permission from your local Department of Natural Resources and/or Fish and Wildlife Service agency before you take any other treatment step beyond using scare deterrents or physical modifications to the structure.

Still, their desire for food foraging, for mating and territorial calls (known as drumming), and for habitat-building can elevate them to pest status for homeowners rather quickly. To solve the problem, Markun advises getting to the root of it by first getting as many details about the problem (time of day, length of noise, location of holes, etc.) from the homeowner, and then conducting a thorough visual inspection of the property. Is there an insect problem that’s serving as a food source? Is wood rot making it easy for them to attack a certain part of the structure? Is it as simple of a problem as a bird feeder being too close (and thus too convenient) to the house? 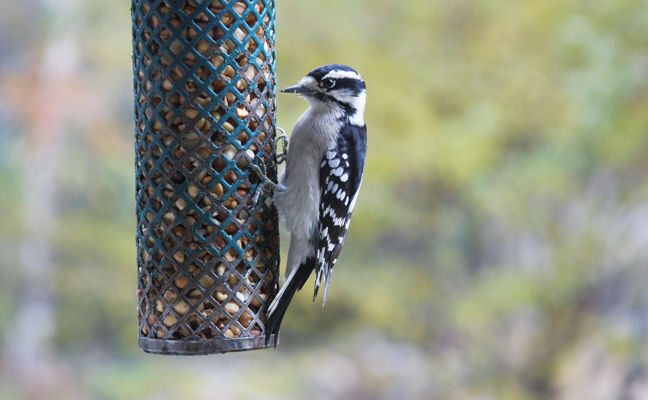 Downy woodpeckers are found across the U.S., with the exception of desert areas. PHOTO: STEVEN KATOVICH, BUGWOOD.ORG

WHAT YOU CAN DO 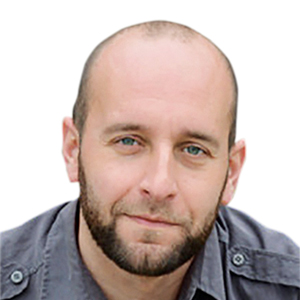 Management methods can include physical barriers, such as netting or metal flashing, and visual deterrents, such as scare devices, ultraviolet-light gel disks, holographic wind spinners, and decoy predators (such as plastic renderings of owls, snakes and even big woodpeckers). But Markun advises that each product has its benefits and drawbacks, and to not give in to a one-size-fits all approach. “Each account is different,” he warns, offering a four-pronged strategy to have in place before touching a woodpecker account:

1. Set a program timeframe, ideally a three-month period that takes into consideration the gestation period, because eggs and fledglings are protected. 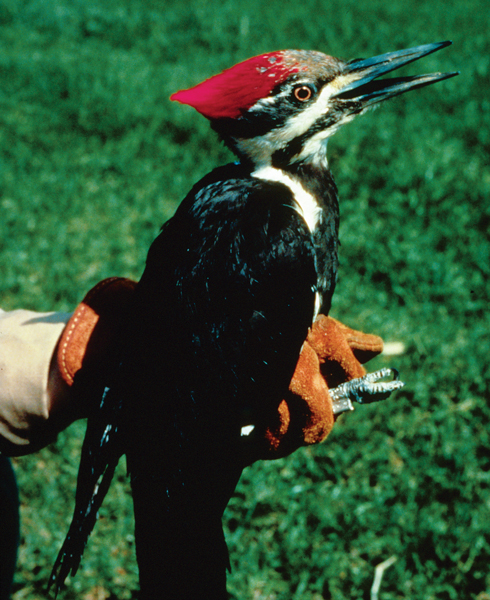 2. Document the program specifications in writing, and go over them verbally with the customer early on so expectations are communicated and met. For example, if you do not have access to all sides of a structure, that should be documented in writing because it could have an effect on your program’s efficacy.

3. Have a schedule in place as to when to install the deterrents and when to provide maintenance and repair. A decoy that doesn’t move loses its scary effect on birds, for example — and Markun even showed attendees a photo of a plastic owl that one enterprising woodpecker drilled into the back of and made into its home. Decoys should be turned periodically so they seem to be more of a continuous threat to the woodpeckers, not merely a part of the surroundings.

4. Prepare to be flexible about going off-schedule. You may need site visits in-between, for unexpected maintenance and repair. In those cases, do you want the customer to call you as needed, or do you want control over the amended schedule? Does the customer want to take on the maintenance tasks instead? The answers may vary over the lifespan of the account.

When offering damage repair services, Markun says, know your skill limits and use common sense. Document everything you fix, patch, seal or replace. Take before-and-after photos. Keep in mind that when repair projects reach a certain dollar figure, you may need a specialty trade license to complete it as a contractor. Know what that limit is in your market, so you’re not doing anything illegal and/or invalidating any warranty you’re offering.

For more in-depth training on managing and preventing woodpeckers and other birds, Markun recommends visiting NWCOA.org. He also holds the patent on The Intimidator visual bird deterrent, and offers training and consulting services for pest management professionals.

See a demonstration of how to place the product on YouTube here.