Doug Foster is the president of Burt’s Termite & Pest Control, Columbus, Ind. We caught up with him to hear some stories about his rodent control experience.

Q: What’s one of the largest rodent infestations you’ve battled, and how did you win? 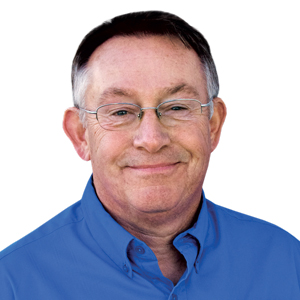 FOSTER: I’ve been doing this a long time, so I’ve had some real doozies. We got a call about three years ago for house mice in a greenhouse for tomatoes on a small farm. The customer had eight greenhouses total, and he started planting tomato seeds in pots around February, to get an early start. In about six of the greenhouses, and one in particular, about 50 mice were getting in, burrowing into the pots, chewing the roots, and wiping out the plants. The farm was surrounded by fields, so the mice were getting into the structures first for warmth, and then because he was basically serving them food — they were really chowing down! Before calling us, he had put out bait he bought retail, and of course the mice ignored it because the tomato plants were so much better.

I was left scratching my head at first because we usually start with exclusion, but how can you do exclusion work on plastic sheeting held down with sandbags?

We initially went with baits and traps. The tomato pots sit on wire racks, so we mounted snap traps to plywood for stability. We caught about 25 mice that way, but there were more to go.

I never used a repellent for mice before, but decided to give it a try. We spread a granule outdoors around the exterior, and indoors on the outside walls, of the greenhouses. We also put bait stations outside, around the perimeter of the greenhouses, to head off the mice before they entered the structures. We go back every spring, and these measures have ensured zero mice in the greenhouses ever since.

Q: What is one of your real-life “Tom & Jerry” moments?

FOSTER: We’ve had an 800,000-square-foot pet food distribution center account for about nine years. When we first landed the account, they were accepting pallets from another center that had closed. Some of these pallets were like Trojan horses: They held crisscrossed stacks of birdseed or dog food — with mice safely tucked in the middle of them.

After about 30 truckloads like this, we designed a “moat” of corrugated plastic, about 2.5 feet wide with glue boards adhered on the inside, to wrap around suspect pallets. One of us would get in the middle of the pallet, and offload bag after bag, looking for and controlling any mice.

About halfway through, my tech had to leave and I was by myself. In one pallet surrounded by the moat, I had taken off every bag and spotted the mouse. He was incredible: I’d lift the pallet and he would get under it; I’d drop the pallet to smash him and he would scoot into a void. This went on for about 15 minutes. Finally, I couldn’t see him, so I lifted the pallet on one side and that darn mouse ran completely up that pallet and jumped off it like it was a ski ramp! He cleared my moat and ran off to safety. If I wouldn’t have been so mad, it would have been funny. Thankfully, no one was around to laugh at me. I saluted him. We got him later, I’m sure.

4 tips to consider before creating a woodpecker control strategy