Fifteen years ago, I started Schopen Pest Solutions. Fifteen years! I was 36 years old with a beat-up Chevy Colorado, an even older B&G sprayer, two maxed-out credit cards and a three-year-old laptop. That was the inception of Schopen Pest Solutions: April 11, 2006. Also on that day, Iran announced it had successfully enriched uranium and June Pointer of the Pointer Sisters passed away. Otherwise, April 11, 2006, was a fairly boring day in history.

It’s incredible to think that just a few weeks later, I approached Pest Management Professional’s (PMP’s) publisher and editorial director, Marty Whitford, and told him I had an idea for an article about a start-up company. And he said, let’s do this.

Only 25 percent of businesses make it to 15 years. In 2000, Blockbuster celebrated its 15th anniversary by rejecting a $50 million buyout from Netflix. Ten years later, Blockbuster would be out of business, while Netflix would be a $9 billion behemoth. 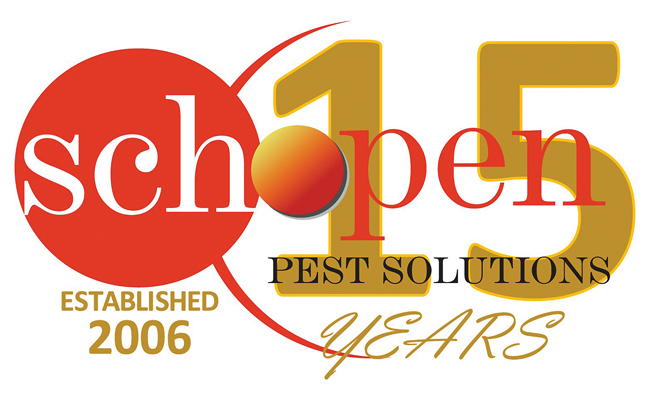 At Schopen Pest Solutions, we always are innovating and reshaping our brand. In 2021, we are working with more urgency than ever, creating a sales department and mosquito control division that should help us maintain our 20 percent to 25 percent yearly growth.

Iconic roles can be altered forever: Daniel Craig starred as a blond James Bond in Casino Royale, which hit theaters in November 2006. Icons can pass away: James Brown, the Godfather of Soul, died on Christmas Day 2006.

A lot has happened at Schopen Pest Solutions, too. I went from buying Chevy Colorados to buying Toyota Tacomas. I went from operating out of my garage to building an 8,000-square-foot headquarters. I went from a one-man operation in 2006 to a 30-person company in 2021. Within the past year alone, I hired a branch manager, a quality control director, an operations manager and a general manager.

When I started my company, Betty White was a spry 84-year-old actress, appearing in 22 episodes of the CBS soap opera “The Bold and the Beautiful.”

Just like Betty White, I am trying to age gracefully. Many of you know, from reading this column over the years, that I have a crack-like addiction to Taco Bell. It was not uncommon during my early days to eat there three times a day. I ballooned up to 240 pounds!

These days, I rarely visit the Bell. I cut sugar out of my diet, and took up intermittent fasting. I dropped 25 pounds in the past two years, and I run 10 to 12 miles per week.

Also, these days I stay in my office and use my brains instead of brawn. I let my young guys sweat through the bed bug and cockroach control jobs.

Hit songs in 2006 include “Dani California” by the Red Hot Chili Peppers, “Crazy” by Gnarls Barkley and “Bad Day” by Daniel Powter. 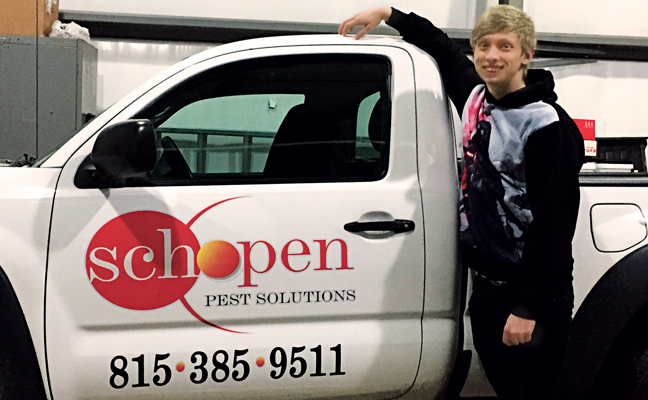 Lord knows I’ve had some “bad days” at Schopen Pest Solutions over the years. Some of them I wrote about right here in PMP. I crashed through an attic, broke a leg, fell off a ladder and into a hot tub, pulled a cabinet off a wall, broke my ribs (twice), and hurt my pride on multiple occasions.

I’ve been screamed at by employees and clients. I fired both my brother and a close friend. I had a technician crash a truck into a building, and I had a drunk driver crash his truck into my building.

No one can really appreciate what it’s like to be an owner except another owner: the pain, the tears, the sweat, the injuries, the 14-hour days, the special moments you missed with your family — all because you were making someone else’s family safe.

Schopen Pest Solutions began celebrating its 15th anniversary in January. My wife, Tami, and our leadership team put together such top-notch details as:

Top books in 2006 include Eat, Pray, Love by Elizabeth Gilbert; The Cell by Stephen King; Dear John by Nicolas Sparks; and The Road by Cormac McCarthy.

It has been a long, hard but exciting road for me and my company. We’ve averaged 23.9 percent growth every year since I started in 2006. We have a super group of employees right now that are living the “team” philosophy and holding others accountable. I have managers in place who work as hard for my company as I do. Our techs are quality people who care about their clients, and our office staff keeps our workplace humming and drama-free.

Fifteen years from now, Schopen Pest Solutions could be a $60 million company!

Editor’s Note: See some photographic highlights from Pete’s career in “Marking two milestones in one year at Schopen Pest Solutions.”