Viking Pest Control, an Anticimex company, was named to the Top Workplaces list by Energage for New Jersey.

Based on an employee engagement survey, Viking received a Best Places to Work award for 2021.

Badges are earned by the Top 25 percent of the organizations in home service industries surveyed in the past 12 months by Energage.

“Viking believes a diverse team leads to different individual characteristics and perspectives, integral to company growth,” Viking Pest Control President Paul Bergmann said in a news release. “As a result, our employees feel accepted and valued at Viking Pest, which, along with customer satisfaction, is our ultimate success.” 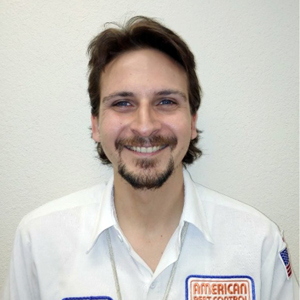 The ACE certification recognizes pest management professionals with strong experience in insect-related work and whose training in entomology has been achieved through continuing education, self-study and on-the-job experience. The ESA administers the ACE program.

To achieve ACE status, a pest-control operator must have a minimum of five years of verifiable pest management experience, the knowledge and ability to pass a rigorous test on insect pest control, a current U.S. pesticide applicators license, provide two letters of professional recommendation and a willingness to adhere to the ACE Code of Ethics.

As part of the new partnership, Aptive will also support Finau’s charitable efforts through the Tony Finau Foundation.

“We are excited to partner with Tony. He represents the same values that we strive to live at Aptive,” Aptive CEO Vess Pearson said. “As an avid golfer, I’ve been following Tony since his early days playing in Utah. Just like Tony is climbing the ranks in the golf scene, Aptive is working to disrupt a 100-year-old industry.”

“We are thrilled to partner with Zach. Like Aptive, Zach is homegrown and just getting started. We are both chasing down our goals and are relentless at putting ourselves on the board,”  Pearson said.

NaturZone Pest Control, based in Sarasota, Fla., has received the Best of Tampa Bay Award in the Pest Control Services category for the 12th consecutive time.

“This award is a source of great pride to our company, and shows our dedication to creating the best possible environment for employees so that we can, in turn, provide the highest level of service to our clients,” Andrew Longfellow, managing partner of NaturZone Pest Control, said in a news release.