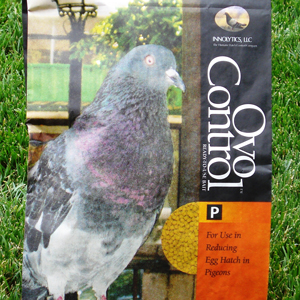 Innolytics, the La Quinta, Calif.-based manufacturer of “pigeon birth control” product OvoControl P, has announced that the product has received regulatory approval in Australia. This was done with the assistance of Rocketman Distributors Pty Ltd., a New Zealand-based bird and wildlife management product distribution company that  oordinated the application and will distribute and represent OvoControl P in the country.

“Many of the urban and industrial areas of the country are overwhelmed with pigeons,” Innolytics CEO Erick Wolf said in a news release. “Civic and governmental groups decided to do something proactive to drive down the population by adopting ‘birth control’ for pigeons.”

In the news release, Rocketman’s Australia manager, Fred Ferfolja, explained that “OvoControl P represents a truly innovative approach for a market where pigeon control strategies have typically been limited to physical exclusion, scare tactics and lethal methods. OvoControl P provides the opportunity to abate the population of birds safely, effectively and humanely, gradually, but predictably.”

According to the news release, Australia’s Royal Society for the Prevention of Cruelty to Animals (RSPCA) and other animal welfare groups supported the approval of contraceptive control of pest birds as a non-lethal alternative.

OvoControl P is a ready-to-use bait, dispensed on flat rooftops with a mechanical feeder. Per its website:

Like a contraceptive, the effects of OvoControl are fully reversible. The company has designed a controlled baiting system that virtually eliminates any impact on non-target birds. An automatic feeder is triggered at dawn and ensures that birds consume OvoControl quickly and efficiently, reducing any opportunity for non-target exposure.

This technology complements other techniques of bird management such as habitat modification, physical barriers, and hazing methods.

Detailed studies have confirmed that the active ingredient in OvoControl is environmentally benign. Furthermore, the hatchability of eggs from a bird of prey, such as a falcon, is not at risk by consuming treated pigeons.

This new technology is ideal for larger areas where some pigeons can be tolerated but a reduction in population is needed. Ideal locations to use OvoControl include manufacturing facilities, power plants, oil refineries, chemical production and hospitals. Other suitable sites include transportation hubs, dense urban areas, hotels, schools and airports.