Letting a valued employee move on 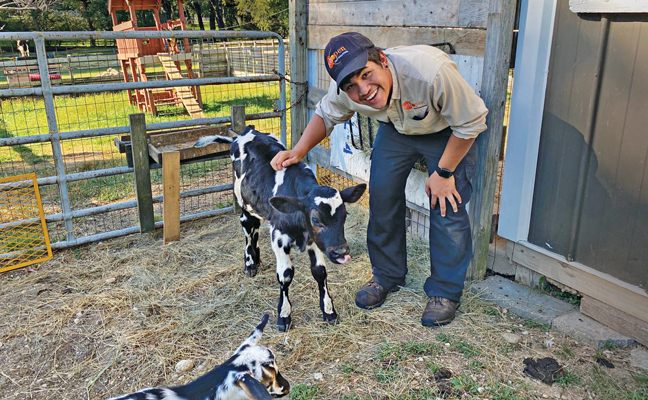 J-Red made friends with many of his customers — and their pets. PHOTO: PETE SCHOPEN

As Neil Sedaka once famously sang, “Breaking Up is Hard to Do.” When you run a small business, that is so true. There are no layers separating you from your employees. When you fire someone, it is very personal because you’re around that person on a daily basis.

Sometimes, you are relieved when they are gone. Other times, it is confusing. For me, I try so hard to find the good in people that I will hold onto workers too long. I want to scream at them, “I know you are better than this; show me what you can do!” But in the end, they will ignore one too many crawlspaces or fail to follow yet another company protocol, and I’ll have to let them go.

As most of you know, I had to fire my own brother once. Firing your brother is as uncomfortable as eating a half-dozen deviled eggs before being forced into the middle seat on a Greyhound bus heading from Chicago, Ill., to St. Louis, Mo. (Ask me how I know!)

On another occasion, I hired a friend I knew through baseball. He crashed a company truck, argued with me frequently, and was a bad influence, so I released him after a year-and-a-half. Another time, a young man was with me for two years. We had a great relationship; I even went to his baby shower. For unknown reasons, he started performing substandard services. I warned him, I wrote him up. I wrote him up again with a final warning, and eventually I had to cut ties with him.

Firing employees “sucks.com” (I stole that from Paul Bello). Every once in a while, though, an employee will leave on good terms.

Jared “J-Red” Navarrete, Schopen Pest Solutions’ 2020 Employee of the Year, recently left us to join the U.S. Air Force. He is a great kid and the son of Kimm, one of my client service advocates, or CSAs. He will be very hard to replace.

Jared never complained. He was never late, never missed work, and truly appreciated being part of our team. He used his first few paychecks to buy a little car he decked out with fresh paint, spoilers and a stereo system. He would beg for more overtime because he was always adding parts to his street racer.

Jared first came to work for me in the summer of 2019. He had just graduated high school and Kimm said he was looking for work. At the time, I had a strict policy of not hiring relatives, because I didn’t want a repeat performance of what happened with my brother. So, I sat Jared down and explained to him that he needed to be better than good. Because if I got upset with him and had to reprimand him, I was probably going to have issues with his mom, too. He looked me in the eye and calmly assured me that it wouldn’t be a problem. 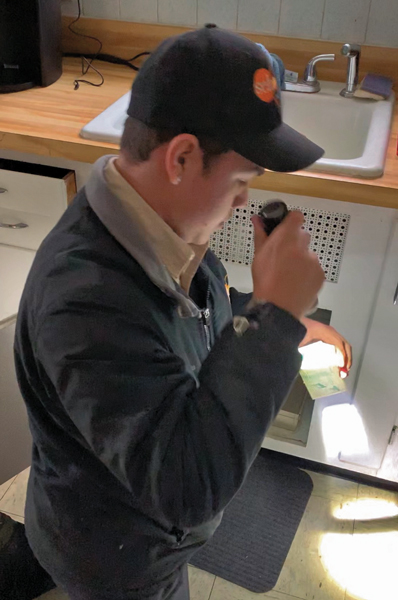 He started with us as a seasonal employee, because I assumed he’d either go to college or the Air Force in the fall of 2019. As it turned out, he wanted to take a year off and just focus on making money. Well, he came to the right place. We gave him a great route, and he excelled.

After a few months, I felt like he was committed to becoming a great pest pro, especially after he bought his fancy car. He struck up a great relationship with our quality control supervisor, Mark Berry, and he was very fond of our buildings supervisor, George, who was 59 years his senior.

Jared gave me the bad/good news during the summer of COVID-19 that he was planning on entering the Air Force. I was deflated. As a business owner, you work so hard to find quality candidates that when one falls into your lap, you feel like you won the lottery.

I didn’t try to talk him out of it, but I told him that if he didn’t make it in, he could always stay at Schopen Pest. He told me entering the Air Force is a lengthy process, and he would be able to stay with us through the end of February.

His last official day with us happened to be the same day as our February company meeting. I was able to give him a proper sendoff. I bought him a deck of cards, two books (one military and one inspirational), some batteries, stamps and a mini light to read his books. He was pretty stoic during the meetings, and we all cracked a few jokes at his expense.

About an hour after our meetings, after everyone had said goodbye to Jared, I heard a knock on my door. In came J-Red, with his head down, trying to hold back his tears. I got up from behind my desk and went over to shake his hand and wish him good luck. Instead, he grabbed me in a bear hug and started sobbing on my shoulder.

It took every last ounce of effort to not start crying myself. It was unexpected and caught me off guard. I let him cry it out for a few moments, and then I sat him down and had a great talk with him about his future. I also told him what an honor it was to have him work with us, even if it was for just a short time.

As I write this in early April, we are currently in the hiring process again. We are looking to not only fill Cadet Navarrete’s position, but also add a couple of routes for this summer. It won’t be hard to fill Jared’s roster spot, but it will be very hard to fill the void left behind by his personality. He is a great person, an honorable person. But I keep in mind that Schopen Pest Solutions’ loss is the U.S. government’s gain. Godspeed, J-Red.