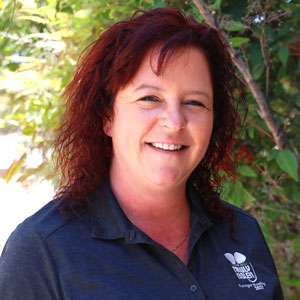 “I am excited to learn and to be a fountain of knowledge for my department, because we are in charge of thinking about things before people even know they may need them,” Koskey said. “My favorite thing about working for Truly Nolen is helping people – whether it is helping our own team members or customers, helping others fills my heart with so much joy.”

Based at the company’s corporate headquarters in Tucson, Ariz., Koskey’s new responsibilities will include assisting the company’s VP of Training and Technical Services Mark Ringlstetter directly with everything from customer correspondence to loss control case management. She will also cross-train in contract editing allowing the department more capacity moving forward.

“Melanie excelled in her previous role with our company and over the years continually took on added responsibilities,” Ringlstetter said. “Her devotion to customer satisfaction, both internally and externally, and to our company’s core values make her uniquely qualified for her new position. I look forward to her continued growth within our company.”

Koskey joined Truly Nolen in 2014 as the department’s training administrator. Prior to joining the company, she worked in the banking industry as a mortgage documentation specialist and a credit card fraud specialist. In addition, she has previously handled customer service and inside sales duties for other companies.