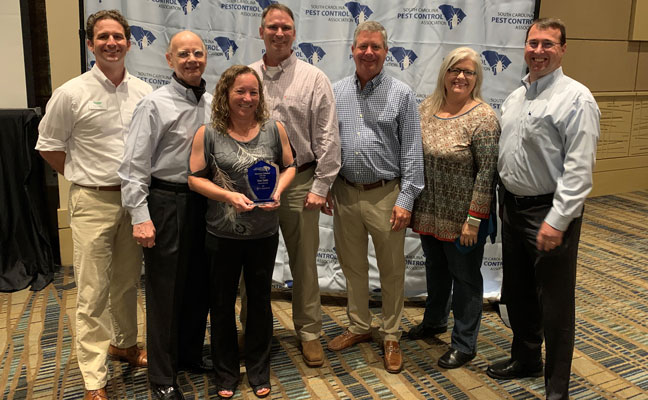 “Renee and Rion represent the best of Terminix, and I’m so proud to see them recognized as the best in the industry as well,” Terminix Service President Scott Fortson said in a news release. “Both give fully to their roles within the company and also give selflessly to mentor others and enhance the level of professionalism for pest management professionals across the state.”

ABOUT TERMINIX SERVICE
Based in Columbia, S.C., and founded  in 1947, Terminix Service is a family-owned and -operated franchise of Terminix International — the largest in the Terminix franchise system. With annual revenue in excess of $130 million, it operates in South Carolina, western North Carolina, and the Central Savannah River Area of Georgia.