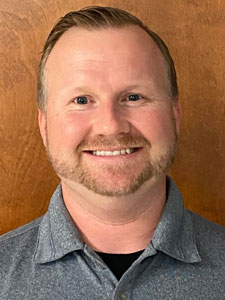 Jack Dunkel has been appointed manager of Truly Nolen’s Sarasota, Fla.-based office. Dunkel has 12 years of experience as a pest management professional, and joined the Tucson, Ariz.-based company in December 2020 as a manager-in-training. His background also includes certificates in both automotive technology and welding from Dalton State College, Dalton, Ga.

“I am very excited to have a chance to grow with the company and build a team, to provide great pest and termite service for the Sarasota area,” Dunkel said in a news release. “My favorite thing about Truly Nolen is the family atmosphere of helping each person and coming together to provide best in class pest and termite service for the customer.”

Central Florida District Manager Josh Bewley noted in the release that “Jack’s pest control background, passion for the customer experience, coaching, and team development made him the perfect candidate for this promotion. I look forward to all the future successes Jack will achieve through this hard work and dedication to our internal and external Sarasota customers.”

Founded in 1938, when Pest Management Professional Hall of Famer Truly Wheatfield Nolen (Class of 2006) purchased a small company called Economy Exterminators, Truly Nolen of America is one of the largest family-owned pest control companies in the United States. Truly Nolen has more than 80 branch offices in Arizona, California, Florida, Nevada, New Mexico, Texas and Utah. The company also has independently owned and operated franchises in an ever-growing number of territories, including Kentucky, Georgia, New Jersey, Canada, Puerto Rico and more than 60 countries.